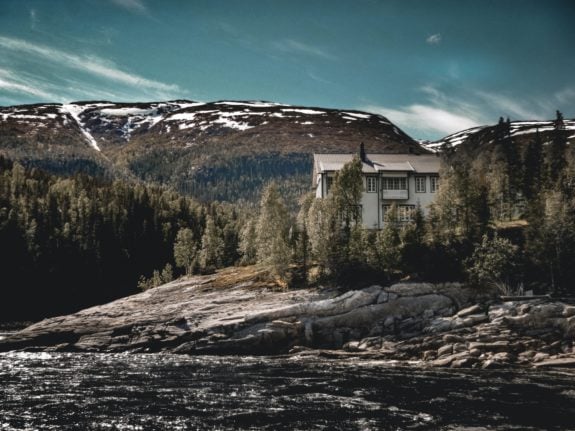 Before you up sticks to Norway's countryside, there are a few downsides you should have been aware of. Pictured is a house on the water, up in the mountains. Photo by Lukas on Unsplash

Everyone has dreamed of a simple life up in the mountains, away from the hustle and bustle of the city.

Given Norway’s abundance of stunning scenery and there being plenty of opportunities for skiing, snowboarding, biking and hiking, the thought can soon become a very attractive proposition.

Life in the mountains isn’t without its downsides, though, and having lived in a mountain village for a year myself, I am well aware of some of the drawbacks, although I must admit I warmed to life there much quicker than I did in Oslo.

READ MORE: The downsides of Oslo you should be aware of before moving there

One of the most significant and practical drawbacks can be finding work. While there is plenty of work to be had, this can mostly be in retail, hospitality, or tourism in small mountain towns and villages.

You can also find work if you have a trade or have the relevant language skills and qualifications to work with the local authorities.

However, overall, finding work will be much, much trickier than in more built-up areas. For some, this may mean compromising a bit on their career to pursue a life in the mountains.

However, the rise of remote working has made this a lot less of an issue than it was previously.

This is a bit of a no-brainer, but you can’t expect plenty of shops and restaurants around, even in areas with high levels of tourism.

For example, where I lived, there were plenty of sportswear shops in the village, but the nearest stores for more everyday clothes were in the next town, 40 minutes away.

Add that to the fact that online shopping in Norway is a lot more cumbersome than in other countries and you could be feeling cut off from your conveniences.

Although, areas with lots of tourist traffic aren’t hit quite as hard. The reason is that most supermarkets in rural areas, but with lots of tourists, will typically remain open on Sundays, which means no more rushing around for a convince store because you didn’t buy enough groceries the day before.

This will be the hardest to get around out of all downsides on this list. Put simply, you’ll need a car to get around. The reason being is that public transport isn’t that all well connected. If you don’t live near a train station, then there is the very real possibility that there’ll only be three or four buses in and out of your local area a day.

Given how expensive and rigorous it is to get a licence in Norway, it also means that moving and then getting a licence wouldn’t be as much of an option either.

The winters in the mountains are a lot colder in the city. Additionally, the houses are a lot bigger, meaning you’ll need the heating on longer and more often.

As a rule of thumb, the further away from the grid you live, the more you can expect to pay for electricity, too, as it costs firms more to power your homes.

So while it’ll be cheaper to buy a house or rent, bills will be higher than in urban areas.

Tourists can occasionally detract from the charm of the town

Tourism is a booming industry in Norway, and visitors can contribute massive sums to the local economy of mountain towns.

However, tourists can outnumber year-round residents by three or four to one at certain times of the year. And while most tourists are fantastic guests, and they help keep people in jobs and businesses open, it can also feel as if they are scrubbing away the charm of the town.

Making friends can be a bit challenging

It can be harder to make friends in rural areas than in the cities, especially if you are new to the country.

Another factor that many newcomers to the country will join groups made up of other foreign residents on social media. The groups will host regular meetups, or people new to the area can post asking if there was anybody who’d like to meet for a coffee or beer.

Unfortunately, there isn’t really an opportunity to do this in rural areas, as there will be far fewer foreign residents. 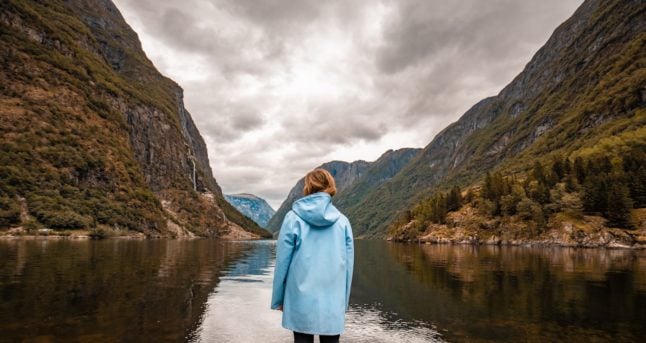 QUALITY OF LIFE
Why are Norwegians among the happiest people in the world? 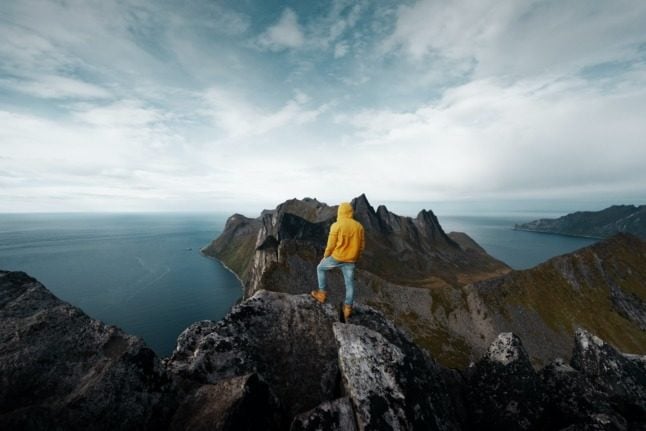 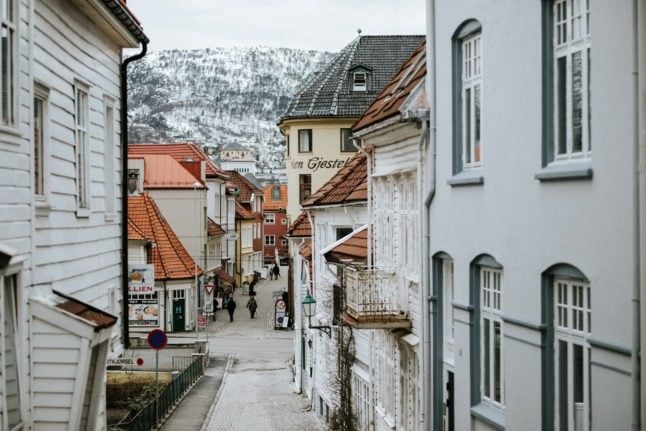 A neighborhood in Bergen, West Norway .Photo by Lucija Ros on Unsplash

New figures from the National Mediation Service, or conflict council, which is responsible for dealing with issues between neighbours in Norway, suggest that more and more neighbours are coming into conflict with one another.

“There are no limits to what we Norwegians argue with our neighbour about,” Mona Hammerfjeld, head of the National Mediation Service in Nordland, said to state broadcaster NRK.

Hammerfjed told the broadcaster that some cases end as criminal cases due to falling out’s between neighbours ending in physical confrontation.

She also added that she believed that the reason Norwegians fell out with their neighbours so often was that they are pretty easily offended.

We’ll take a look at some of the most common issues that annoy neighbours in Norway so you can avoid becoming the nightmare next door and why Norwegians particularly don’t always get along with their neighbours.

In the meantime, you can look at our handy guide that’ll help keep you in your neighbour’s good books.

Why do neighbours fall out in Norway?

So why do neighbours argue with one another?

Other familiar sources of conflict are party noise, trampoline noise, smoking on the balcony, smoke from barbecues, parking and rubbish bins.

All pretty typical, you may say, but some issues are distinctly Norwegian.

For example, Hammerfjeld told NRK that the conflict council had been involved in cases where a neighbour has reported the other neighbour for drying fish up against their property.

Other more Scandinavian issues include noise from tractors, dogs attacking livestock and animals feeding on grass on the other side of the fence.

Hammerfjeld said she believes that Norwegians make bad neighbours because they think they have the right to do as they please on their property.

“We have a very strong perception of ‘mine’ and ownership. People believe they can do as they please on their property without consideration for their neighbours,” Hammerfjed said.

Hammerfjeld is not alone in thinking that Norwegians make for particularly quarrelsome neighbours; her view is supported by Hans Nordahl, professor of behavioural medicine at the Norwegian University of Science and Technology.

“It’s about culture. In Norway, we live in cities and villages where we have large amounts of space; we often own houses and property too,” Nordahl told NRK.

“It sets us apart a bit from other European countries. If we look in Europe, most people live in closer proximity and have a higher tolerance for short-sightedness,” Nordahl added.

A lack of communication is another reason why neighbours fail to see eye to eye in Norway, which is why mediation is often used to resolve issues between neighbours, according to Hammerfjeld.

“Our goal isn’t for neighbours to be best friends, but to at least be able to greet each other over the hedge,” she said. 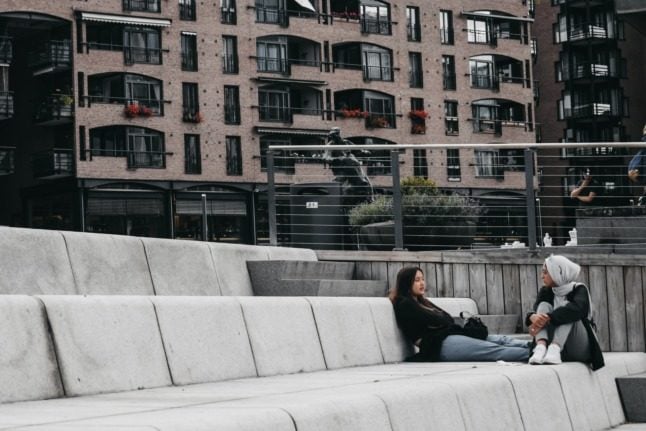 QUALITY OF LIFE
Why are young people in Norway less happy with life? 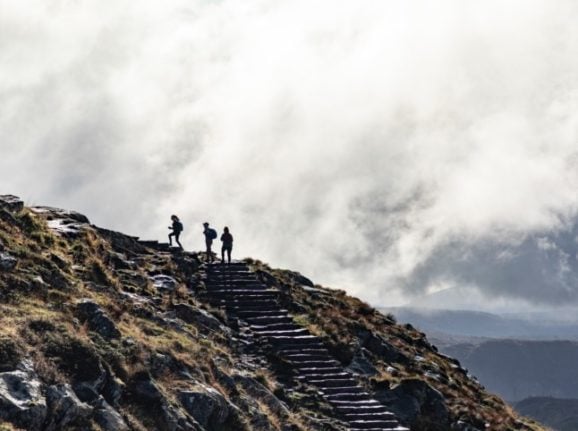 QUALITY OF LIFE
How happy are foreign residents with their quality of life in Norway?
Url copied to clipboard!