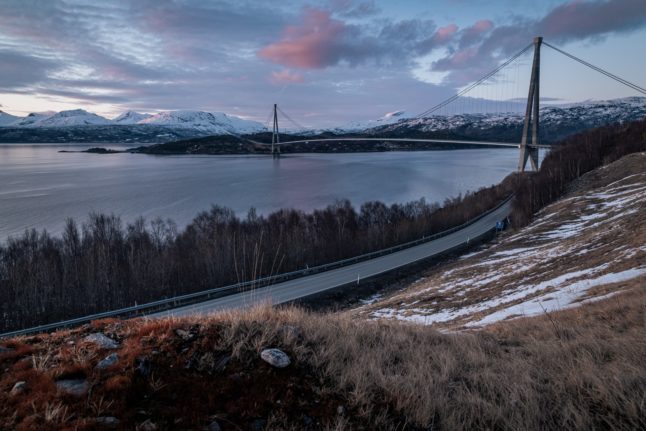 Read about a car crash that has left six injured, the potential return of the sugar tax and more in today's roundup of important news. Pictured is Narvik. Photo by Artem Shuba on Unsplash

At least six injured after car drives into crowd

A car drove into a crowd at an Oslo motor show on Sunday, injuring at least six people who were rushed to hospital, among them children, police said.

Police said the number of injuries might be higher as others may have made their way to the hospital independently.

The accident happened at a motor show held in a car park outside a horse racing track. The cause of the accident is not yet known.

Video footage showed a car reversing at high speed when the driver appeared to lose control, causing the vehicle to swerve into the crowd.

Police told reporters that the injuries were serious for at least one of the injured.

Majority in favour of sending more weapons to Ukraine

82 percent of Norwegians have said that they are in favour of sending more military equipment, a survey conducted by Norstat has revealed.

Almost two-thirds said that they believe that Norway had given too little military equipment to Ukraine in the past.

“That the whole of Norway is now united in the demand for more weapons to Ukraine is an important signal to our politicians that help must now be stepped up,” Jørn Sund-Henriksen, from the Norwegian-Ukrainian Friends Association, told newswire NTB.

Organisations pushing for the return of the sugar tax

As part of the government’s public health report, several organisations have said that they want to see the return of the sugar tax, newspaper Aftenposten reports.

The taxes on chocolate, sugar products, and non-alcoholic beverages were removed last year, with the tax only being retained on sugar itself rather than products containing it.

Hotel staff in Norway will not strike after an agreement was reached on Sunday to increase salaries and improve working conditions for those in hotels, restaurants and catering.

The agreement was struck between the United Federation of Trade Unions (Fellesforbundet) and the Norwegian Hospitality Association (NHO Reiseliv) on salaries and conditions for employees in hotels, restaurants and catering.

A total of 1,250 staff would’ve been taken out on strike if an agreement wasn’t reached.