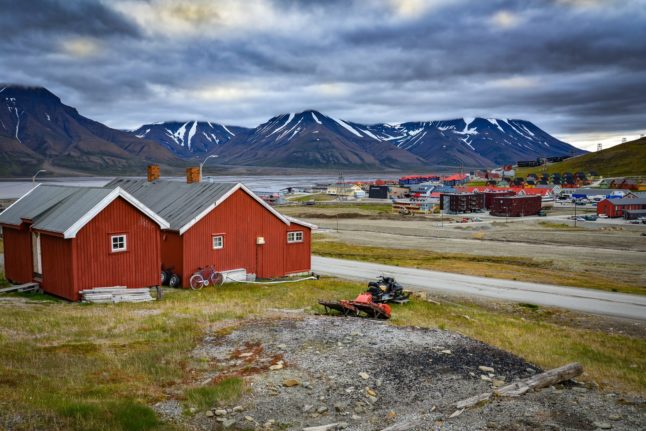 Pictured above is Svalbard where Norwegian tourism firms are being accused of an illegal boycott by the Russian Embassy. Norway sending weapons to Ukraine, high electricity prices and electric cars are also featured in todays roundup. Photo by Janik Rohland on Unsplash

“(The) Mistral air defence system is an effective weapon that has been used by the Navy, and which will be of great benefit to Ukraine,” Bjørn Arild Gram, minister of defence, said in a statement.

Norway’s armed forces had previously planned on phasing out the missiles. The country’s defensive preparedness wouldn’t be compromised by sending the missiles to Ukraine, the ministry said.

Gram said that despite the army’s plan to phase them out before their donation, they remain a modern and effective weapon.

The country has previously sent 4,000 M72 anti-tank weapons and protective equipment such as vests and helmets to Ukraine.

The price of electricity is expected to reach seasonal record highs this summer, according to experts.

“It is expected to be the highest you have ever seen. A price between 1.5 and 2 kroner per kWh is expected in southern Norway- without taxes- this summer,” Tor Reirer Lilleholt, energy analyst, told newspaper VG.

Lilleholt added that bills would still go down overall as consumption would be lower than during the winter.

Due to Putin’s invasion of Ukraine, Norwegian tourism operators have decided to stop buying services from Russian state-owned travel firms.

The move away from state-backed firms has angered the Russian embassy in Oslo, which has called the decision an illegal boycott.

The move to avoid Russian companies comes after the Svalbard Tourism Council recommended its members stop using services offered by firms backed or owned by the Russian state.

The decision to boycott was made by private firms and with no input from the Norwegian state.

The Chairman of the Svalbard Tourism Council has said that the move wasn’t a boycott and that members were free to do what they wanted.

“It is an invitation to our members. We can do that without any problems. It is up to the members and their value compass to decide if they want to do it,” Ronny Strømnesm, chairman of the board, told newswire NTB.

The number of electric cars on the roads in Norway has surpassed half a million, the Norwegian Electric Car Association has said.

The Nissan Leaf was the most common electric car, followed by the Volkswagen e-Golf and Tesla Model 3.

The association said the figures were an indication that the push toward electric cars in Norway had been a success.

READ MORE: What you need to know about owning an electric car in Norway