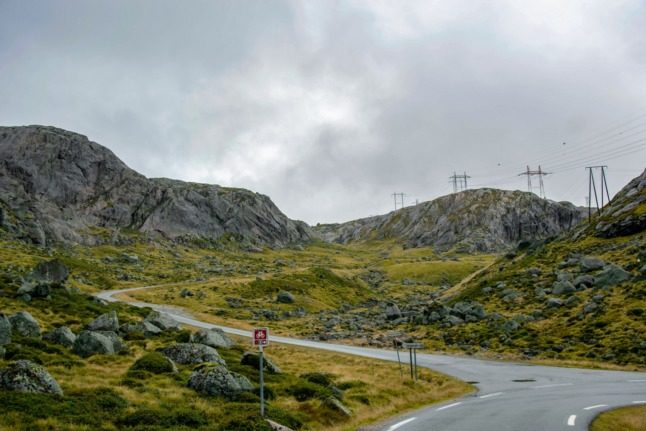 Read about the latest reaction to the war in Ukraine, a key deadline for local authorities and next year's flu season in today's roundup of important news. Pictured are Norwegian country roads. Photo by Anastasiya Dalenka on Unsplash

Norway to send arms to Ukraine

Norway will send 2,000 M72 anti-tank weapons to Ukraine to help support it. The weapons will be sent as soon as they are prepared.

The weapons are being sent in addition to protective vests and helmets.

“The government has this afternoon decided that Norway will offer Ukraine arms support to defend the land against the military aggression from Russia. We are thus on the same line as close allies and the other Nordic countries. Norway has a restrictive practice for the export of military equipment, but Ukraine is now in an extraordinary situation,” Prime Minister Jonas Gahr Støre said Monday.

In Norway, there has been a ban on exporting weapons to countries on the brink of or already at war since 1959.

Deadline for counties to apply for dissolution

Today is the last day that Norway’s counties can apply to the government to be dissolved.

Viken, Norway’s largest county, Troms og Finnmark and Vestfold og Telemark have all voted to dissolve, while Innlandet has decided to remain as is.

The government has given counties, which were only formed a few years ago, the option to dissolve into their smaller, historic forms in a bid to try and decentralize services.

READ MORE: What changes about life in Norway in March

Flu season to return in full next year

The Norwegian Institute of Public Health (NIPH) has said a major flu epidemic in Norway this year is unlikely, but a typical flu season should be expected next year.

One challenge for next year’s flu season will be developing an effective vaccine due to there being so little infection over the past two years.

“It will be challenging to select the flu virus strains that will be included in the vaccine this autumn. When there is so little infection in society, it becomes more difficult to make a qualified guess about which viruses will dominate and spread and thus which strains should be selected for the vaccine,” Kristin Greve Isdahl Mohn from Haukeland University Hospital told media outlet ABC Nyheter.

Threat levels in Norway remain unchanged; however, the country’s security service PST and the police are setting up a group to monitor the current situation, Justice Minister Emilie Enger Mehl announced Monday.

The group will provide an ongoing assessment of current events so that the government can assess the situation accordingly.

The current threat level, last updated on February 11th, will not be raised. The previous assessment refers to Russia as a threat factor when it comes to cybercrime.