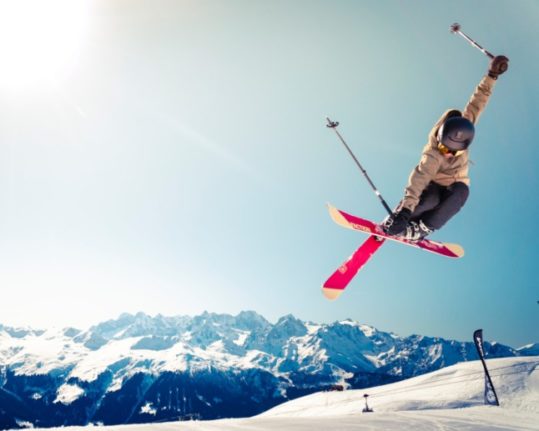 Some Norwegians can be accused of being a skrytepave when it comes to talking about their winter sports prowess. Pictured is a skier pulling off a trick . Photo by Sebastian Staines on Unsplash

Directly translated to English, skrytepave means “boasting pope”. This refers to somebody who is quite boastful and proud of their own achievements or abilities.

Hence when it comes to bragging, they should be seen as the all-mighty.

How is it used?

If you have a good rapport with someone, you can use it in a tongue in cheek way to joke with them.

For example, if a good friend is praising themselves on a meal they just cooked for, you can call them a skrytepave either to joke around with them or gently try and remind them to keep their feet grounded if the food wasn’t that good.

It can come across as a bit cheeky or even rude, so this one is best kept in your repertoire for when friends are about instead.

You’ll unlikely endear yourself to your boss if you call him a skrytepave during a team meeting on record results, for example.

Lise er en skikkelig skrytepave – Lise is such a bragger.

Hørte du hvordan Thomas oppførte seg på jobbmøte i dag? For en skrytepave. – Did you hear how Thomas acted during the meeting today? What a bragger.