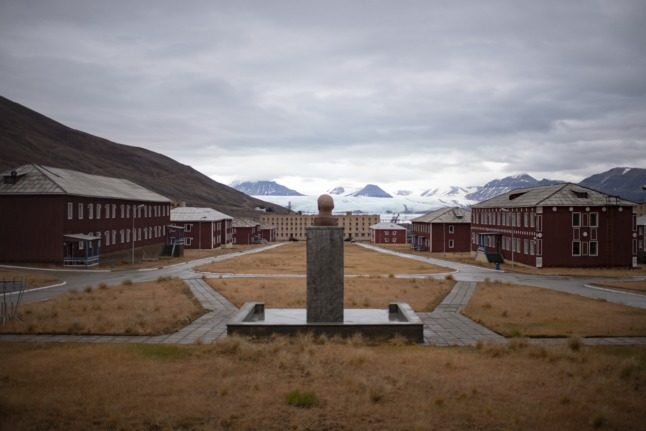 A statue of Lenin standing in the abandoned ex-Soviet miners village of Pyramiden, in front of the glacier Nordenskioldbreen in Svalbard, Norway.Photo: OLIVIER MORIN / AFP

Russia has made the development of the Arctic a strategic priority, pinning its hopes for supremacy in the region on a fleet of giant nuclear-powered icebreakers.

Norway — a NATO member — was afforded sovereignty of Svalbard under the 1920 Treaty of Paris but all signatories, which included the Soviet Union, were given equal rights to explore and exploit its mineral resources.

Russia began coal mining in Barentsburg, another settlement in the archipelago, in 1931, and later in Pyramiden, where the Russian community grew to up to 1,200 between 1960 and 1980.

Being sent to Pyramiden was considered a plum job for a miner, a tour guide told AFP.

On the Western side of the Iron Curtain, it provided a window on Soviet power, culture and self-sufficiency, from pig breeding to its 300-seat cinema, swimming pool, gymnasium and hospital.

But as the Soviet Union fell apart, while mining continued in Barentsburg, it stopped in Pyramiden in 1998 as its performance dwindled, and the miners left.

At first sight, Pyramiden now looks like a ghost town.

No one lives there apart from a handful of Russians who run a hotel — and the polar bears with whom visitors risk coming face-to-face. The abandoned ex-Soviet miners village of Pyramiden in Svalbard on September 21st 2021. – The activity of the coal mine stopped in 1998. Photo: Olivier MORIN / AFP

But even though the mining community has long gone, nothing has been destroyed, an AFP photographer saw, and its vestiges offer a glimpse into the heyday of the Soviet era.

Buildings built to last are just weather-beaten from decades of harsh winters.

The rails of the funicular on which the trailers of coal were hauled down are still visible on the pyramid-shaped mountain, which gave the village its name.

Inside the buildings, it’s as if time has stood still, with the occupants having left suddenly but expected back at any moment.

Phials of ore are lined up in display cabinets in administrative offices, where calendars still hang on the walls, while the KGB premises have reinforced doors and miners’ files spread out on the tables.

Classrooms are adorned with children’s drawings and the teacher’s cup is still there.

But Yury Ugryumov, of the Arctic and Antarctic Research Institute based in Saint Petersburg, said Pyramiden was not just a place of historical memory.

“This village is not abandoned, it has been temporarily put on hold,” he told AFP.

Russia is currently developing tourism and research in Pyramiden, drawing glaciologists, hydrologists and marine experts there for scientific work.

“There’s hopes for an interesting future here,” said Ugryumov, who heads the Russian Arctic expedition to the archipelago. 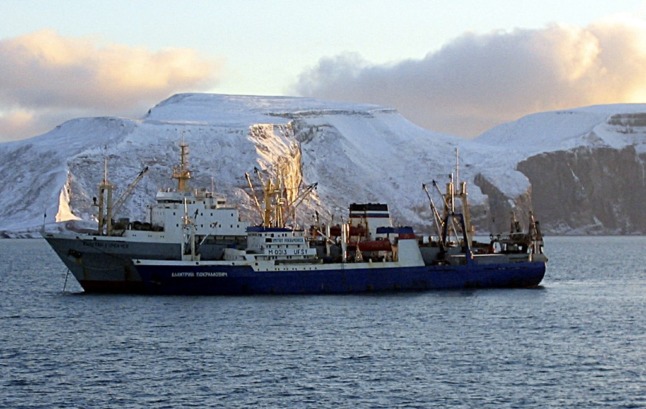 UKRAINE
INTERVIEW: How Norway’s border with Russia could be affected by the invasion of Ukraine 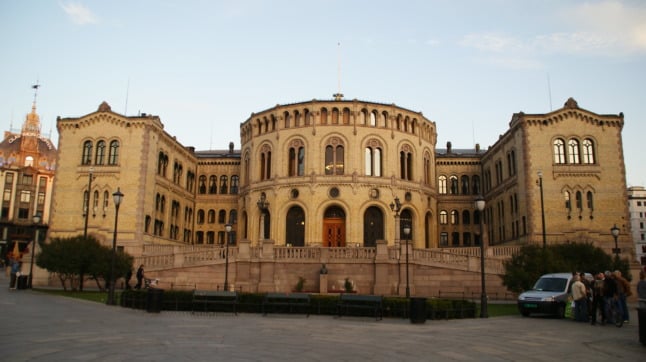 Tensions between Russia and western nations have flared up following the invasion of Ukraine. Norway has condemned Russia and said that it would join the EU, of which it isn’t a member, in imposing sanctions against Russia.

However, the two countries share a border in the Arctic Circle in a region referred to as the High North, making the relationship between Norway and Russia more nuanced and complicated than it may appear at a surface level.

For example, while at government and high diplomacy level, relations between the two are frosty and have been marred by cases of espionage and the Russian annexation of Crimea in 2014, the two countries cooperate on a number of matters at a regional level in the High North.

“In the High North, we (Norway) have longstanding cooperation with Russia on issues related to search & rescue, nuclear safety, shared fish stocks, oil spill response, ship traffic management, and culture and people-to-people contact,” Hedda Langemyr, director of the Forum for Foreign Affairs and Security (UTSYN), explained to The Local.

“High-level diplomatic contact has been restricted over the past eight years, so most of the cooperation and contact between the two countries has happened on a regional level and at lower diplomatic levels. However, this has somewhat changed, and there has been an increase (of contact) at the top political level after the new government took over last autumn,” she added.

UTSYN is an independent organisation that specialises in security analysis and policy development, with a focus on the High North.

However, since Russia annexed Crimea in 2014, tensions in the High North have also heightened, and military activity on both sides of the border has increased, Langemyr said.

Langemyr explained that keeping tensions low at a regional level was essential to ensure cooperation continued.

“All parties have a self-interest in keeping tensions low. Much of that is due to the extraction of natural resources. Also, climate change hits this part of the world particularly hard, and we need strong international cooperation to be able to manage some of the greatest consequences of climate change,” Langemyr explained.

The director of the UTSYN pointed out that the cooperation was also crucial for communities living in the High North, not just for regional authorities.

“For the communities bordering Russia, the long traditions of friendship and cooperation is highly important. The same goes for bilateral and international research cooperation with Russia,” she explained.

The invasion of Ukraine could have several knock-on effects for relations in the High North, according to Langemyr.

“Firstly, international sanctions against Russia will, of course, also put restrictions on business cooperation between Norway and Russia. Secondly, we will probably see an increase in the number of cyber-attacks, particularly against Norwegian oil and gas companies,” Langemyr said.

If the situation escalated to the point that NATO became involved, the effects could become even more drastic.

“In the event of a possible escalation of the war that would lead to NATO involvement, it will become even more important for Russia to protect their strategic submarines operating from the Kola peninsula. In that case, they might aim to control parts of the Barents Sea, for instance. However, it is reassuring that the military dialogue between the two countries seem unchanged, even after current events,” the director of the UTSYN said.

On Friday, Norway’s Chief of Defence Eirik Kristoffersen said that there was currently no indication of increased military activity along Norway’s border with Russia. This follows on from similar comments made by Prime Minister Jonas Gahr Støre on Thursday.

Russia may also choose to exert more pressure on Norway due to it being a founding member of NATO if the situation continues to escalate, Langemyr said. She also added that it was important to be vigilant of the methods that foreign powers use to destabilise Western democracies.