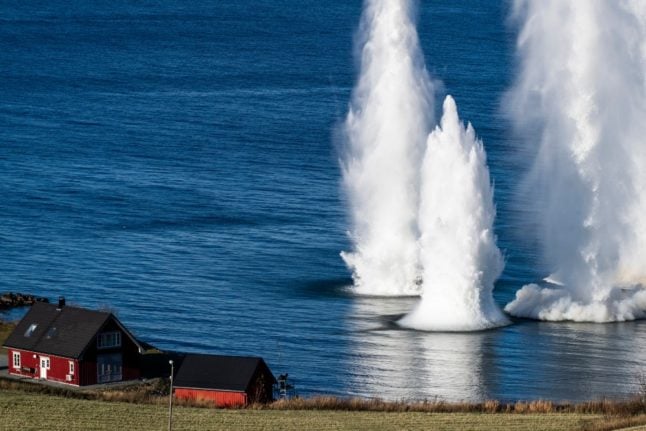 “We certainly can’t talk of calm when tensions are rising on Russia’s borders and a powerful parade-ground is forming for military operations against our country,” Foreign Ministry spokeswoman Maria Zakharova told reporters in Moscow.

American B-1B strategic bombers are expected this month at Norway’s Ørland airbase for joint training with the country’s air force, which guards the NATO alliance’s northern flank. 200 American troops have already arrived in Ørland in preparation for the exercise.

Zakharova claimed the Norwegian-US cooperation was “the latest in a series of similar events”, highlighting the “permanent” presence of “American, British and Dutch” marines in northern Norway.

She also noted a “port for maintaining American nuclear submarines” near Tromsø.

“Such activities by Oslo threaten regional security and end the Norwegian tradition of not allowing foreign military bases on its territory in peacetime,” Zakharova said.

Europe’s far north has in recent years seen levels of military activity unprecedented since the Cold War, as tensions grow between Russia and the West.

But Norway’s Minister of Defence, Frank Bakke-Jensen, does not think Norway is contributing to heightened tensions in the region.

“Exercises with our allied partners are part of Norway’s established security policy and a natural activity within the NATO alliance. Russia is well aware of this and has no real reason to get provoked,” the minister told news agency NTB.

“Nobody is talking about establishing an American base in Norway. The American planes will be at the Norwegian air base at Ørland for a shorter, limited time-period,” Bakke-Jensen emphasised.

A US aircraft carrier was in 2018 sent to Norway for the first time since the 1980s, while the following year surface combat ships entered the Barents Sea in Russia’s exclusive economic zone.

Norway’s neighbour Sweden has announced a massive increase in military spending, even though it does not itself belong to NATO.

But the Norwegian armed forces have also blamed Russia for contributing to increased militarisation in the north.

“We saw no aggression from the Russian side until 2017,” Lieutenant General and head of Norwegian Joint Headquarters, Rune Jakobsen, told Norwegian newspaper Dagbladet last year.

“Then three years ago we had several incidents. Russian planes flew in attack formation against the radar facilities in Vardø, and during the fighter jet exercise Arctic Challenge Exercise (ACE) the same year, several simulated air attacks were executed,” Jakobsen said.

Moscow itself has announced that it will build new bases and has deployed military units further and further afield, as melting ice increasingly opens the Arctic to navigation.