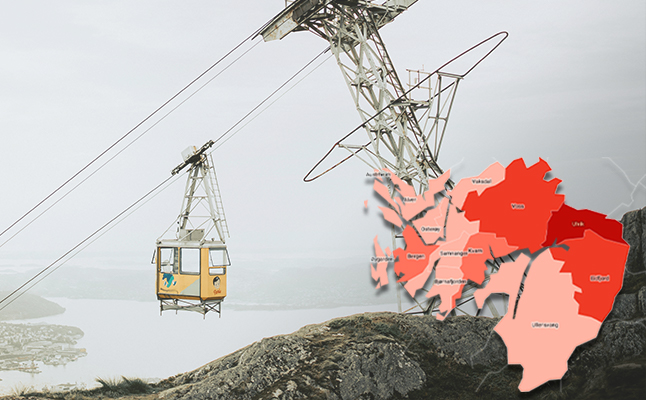 Photo by Momentista on Unsplash

The municipalities last week discovered independent outbreaks of more contagious Covid-19 variants, the B.1.1.7 strain first discovered in the UK, and the B.1.351 strain discovered in South Africa.

Since then, several municipalities in the region have been in different degrees of partial lockdown. Norway’s government Friday announced that these measures will be extended for yet another week.

“The extent of the situation is still unclear, and we are still seeing cases of the new and more contagious virus strains,” said Norway’s Minister of Health, Bent Høie in a statement.

“The measures in the western municipalities aimed at reducing transmission, will largely be extended, but there will be some easing,” the minister said.

In total, 95 cases of the strain discovered in the UK has been reported in the Norway’s western county Vestlandet, according to data from the Norwegian Institute of Public Health (NIPH).

For the strain first discovered in South Africa, the number of cases in Norway is 30. NIPH does not offer more detailed information.

The announcement Friday also denotes the level of restrictions in the municipalities according to Norway’s new ‘letter’ scale, which supplements the ‘ring’ system. Each letter indicates the different levels of mandatory restrictions and recommendations.

The government has published a complete overview of which measures apply at different levels.