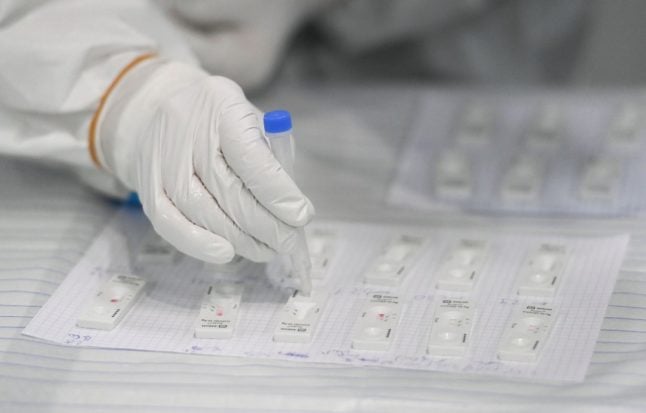 The government decided on Tuesday to generally extend strict measures in the east of the country, where several areas already find themselves in so-called ‘ring 1’ and ‘ring 2’ zones due to detection of infectious Covid-19 variants in Nordre Follo and Halden.

“I understand very well that when there are changes in the infection situation and restrictions, it can take time for people to familiarise themselves (with new rules),” health minister Bent Høie told news wire NTB.

In addition to measures in the east, a number of municipalities around Bergen and Ulvik have also been placed under ‘ring 1’ and ‘ring 2’ measures after outbreaks.

When the ring 1 and 2 designations were initially introduced due to the Nordre Follo outbreak, the tightest restrictions were placed on ring 1 municipalities with slightly more lenient restrictions on the outlying ring 2 zones.

But that will not necessarily be the case going forward, the government said in a statement on Tuesday.

“Ring 1 and ring 2 are geographical designations only. The level of measures chosen for ring 1 and ring 2 depend on the seriousness of the infection outbreak,” the government sets out in the statement.

“There are four levels of measures which can be taken into effect. These are: A (very high); B (high); C (quite high); D (slightly high),” it adds.

According to the level of alert, restrictions and recommendations are tightened on schools, universities and childcare; public and private gatherings and sports activities; at workplaces and in shops. Cultural and sports facilities may be required to close. Social distancing recommendations are also adapted.

A detailed guide to the restrictions denoted by each letter can be found (in Norwegian) here.

As such, the lettering system can work in parallel to the ring system. Høie denied that would be a source of confusion.

“Ring 1 and ring 2 are because we need to describe the areas where restrictions apply. The point is that some people may have thought ring 1 should automatically have very high restriction levels, but that’s not the case,” he told NTB.

“Surveys have shown people have understood the measures,” he added.

The municipalities currently under stricter localised measures are: