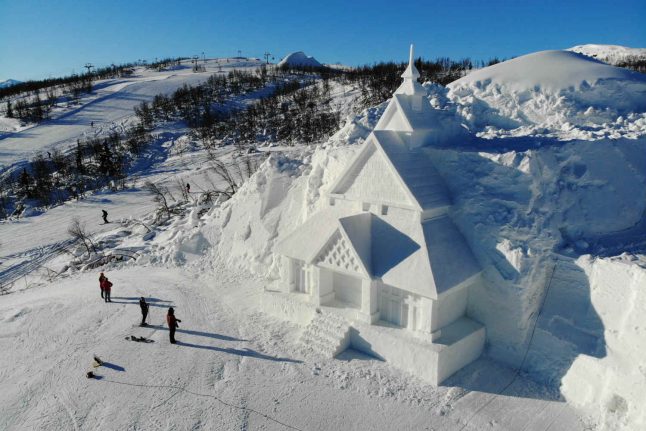 Artists from the northern Chinese city of Harbin, which hosts the spectacular International Ice and Snow Sculpture Festival annually, have recently added a church to the Norwegian ski slopes – constructed entirely of ice.

The area, a popular tourist destination near the Jotunheimen national park, is now home to 14-meter high, 11-metre wide ice sculpture of a church, reports NRK.

“This is a big thing in China,” Harbin Winter Sports Association president Hanyu Kang, who was in Norway to work on the ice church, told the broadcaster.

Representatives from the Valdres district in which Beitøstolen is located have recently travelled to China as part of an effort to attract more tourists from the Asian country to the Norwegian slopes, according to NRK's report.

A cultural exchange, resulting in the appearance of the ice church at Beitostølen, is one of the results of that initiative.

“I am super excited. I've never seen such a large piece of art made from snow before, it is simply handwork of a high standard,” said Atle Haavi, manager at the Beitøstolen Resort hotel, to NRK.

The church is a preview of a larger ice sculpture festival to be held at Beitøstolen next year, news agency NTB reports.