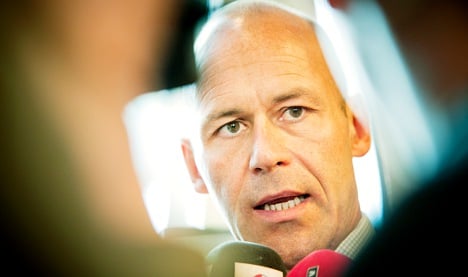 Police chief Øystein Mæland's resignation came three days after the report was published and was announced by Justice Minister Grete Faremor during a televised debate.

Mæland said the "confidence of the justice ministry is of course decisive for me to remain in my job", in a statement cited by the NTB news agency.

"If the ministry and other political authorities do not clarify this matter unequivocally, it will become impossible for me to continue," said Mæland, who took over as police head only days before the attacks on July 22nd last year.

An independent commission, appointed by Prime Minister Jens Stoltenberg to see what lessons could be learned from the authorities' response, submitted its report on Monday, primarily criticizing the slow and disorganized handling of the attacks by police.

Breivik set off a car bomb outside government buildings in Oslo, killing eight people, before going to the island of Utøya, north-west of the capital, where he spent more than an hour gunning down another 69 people, mostly teenagers, and wounding dozens of others.

"The attack on the government complex on July 22nd could have been prevented through effective implementation of already adopted security measures," the commission said.

The report lamented police shortcomings before and during the Utøya shooting, noting the tardiness with which the description of Breivik and his vehicle were released, communication problems and a failure to follow procedures, among other things.