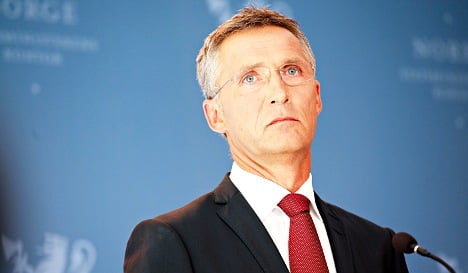 The almost 500-page report by an independent commission concluded that the bomb attack in Oslo that killed eight people could have been hindered, while the suspect should have been arrested much earlier during his murderous shooting spree on the island of Utøya.

While Stoltenberg has received widespread praise for the strength of his compassion and resolve in the immediate aftermath of the atrocity, many now believe he must accept responsibility for the state’s failures and step down.

”He has to go now. Stoltenberg should also be accompanied by the heads of the Norwegian police force,” he told newspaper Dagbladet.

”He has said himself that he admits responsibility for the consequences of July 22nd. Stoltenberg has a majority in parliament, which gives him the power to stay on. But he should have the decency to leave,” the paper said.

The commentator noted that Stoltenberg had seemed to backtrack on Monday over how to define responsibility.

Stanghelle said it remained to be seen how credible this approach would appear in the wake of a report he deemed ”strong enough to bring down most democratic governments.”

Former Conservative Party Prime Minister Kåre Willoch said Stoltenberg must be held to account for the state’s failure to prepare for a terrorist attack, a shortcoming that had enabled Breivik to park a car full of explosives in front of government buildings.

”After six years as head of government, Stoltenberg has had every opportunity to improve security in the government district,” Willoch told newspaper Klassekampen.

Anders Behring Breivik has confessed to carrying out the twin attacks, which primarily targeted the government and young members of the Labour Party, a group the killer charges with promoting the multiculturalism he hates.

After a ten-week trial earlier this year, the Oslo court is expected to present its verdict on August 24th.