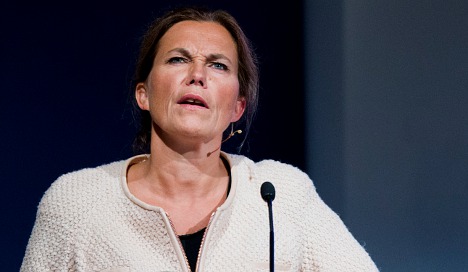 "The attack on the government complex on 22 July could have been prevented through effective implementation of already adopted security measures," an independent commission said in a report submitted to Prime Minister Jens Stoltenberg.

"The authorities' ability to protect the people on Utøya island failed. A more rapid police operation was a realistic possibility," it concluded in reference to the second attack by Breivik.

"The perpetrator could have been stopped earlier on 22 July," it said.

On July 22, 2011, Breivik set off a car bomb outside government buildings in Oslo, killing eight people, before going to Utøya, north-west of the capital, where he spent more than an hour gunning down another 69 people, mostly teenagers, and wounding others.

The Norwegian police have been harshly criticised for their slow response to the tragedy: more than three hours passed between the Oslo bombing and Breivik's arrest on Utøya, even though his name had become known to Norway's security services.

The Utøya shooting lasted about an hour and fifteen minutes, as police struggled to find a means of transport to the small island located on a lake, just 600 metres from shore.

In its almost 500-page report, the 10-member commission criticized the fact that due to bureaucratic red tape the street outside the government office complex was not closed to traffic in line with recommendations dating back to 2004.

This enabled Breivik to park a small rental truck carrying some 950 kilos of explosives at the foot of the prime minister's 17-storey office building.

Stoltenberg was working at his official residence at the time and was not injured in the attack.

The commission, headed by lawyer Alexandra Bech Gjørv, also lamented police shortcomings before and during the Utøya shooting, noting the tardiness with which the description of Breivik and his vehicle were released, communication problems, failure to follow procedures, and inadequate means, among other things.

A total of 35 minutes passed between a first police patrol's arrival on the shore of the lake and the moment when an elite police squad disembarked on Utøya.

Bech Gjørv said the police's use of the time in the first phase of the Utøya response was "unacceptable."

Two local police officers who arrived first on the lakeshore should have done everything possible to get to the island, according to police instructions in the event of a shooting.

Instead they remained on shore, saying they couldn't find a boat to take them to the island.

It was ultimately the police's elite Delta force, which arrived from Oslo some 40 kilometres away, that was first to land on the island at 6.27pm, albeit after experiencing difficulties of their own.

Their simple rubber dinghy was overloaded and broke down, forcing them to borrow two pleasure boats.

According to the commission, if procedures had been respected, police could have been on the island by 6.15 pm, or 12 minutes earlier, which could possibly have spared lives though the commission did not say as much.

The commission issued a list of 31 recommendations, ranging from better preparedness to limiting the availability of semi-automatic weapons and improving police helicopter capacity.

"The next crisis … will come. We have to act quickly," Bech Gjørv said.

Following an evaluation of the police response to the attacks, Norway's national police commissioner earlier this year apologized for failing to stop Breivik sooner and admitted that lives were lost as a result.

Breivik's 10-week trial on charges of "acts of terror" concluded in late June and a verdict is scheduled to be announced on August 24th.