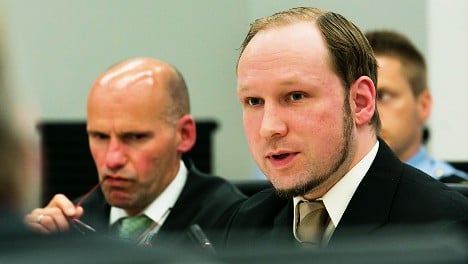 The 33-year-old right-wing extremist, on trial for dual terrorist attacks that left 77 people dead last summer, said he wanted to use his right as a defendant to have the last word in the Oslo courtroom.

The 33-year-old right-wing extremist also complained that too much time had been devoted to psychiatrists arguing whether or not he was sane when he set of a car bomb in Oslo on July 22nd last year, killing eight people, before shooting dead a further 69 people, mostly teenagers, on Utøya island.

“This isn’t about psychiatry; it’s about the future of Norway and Europe,” he said, before pointing out what he viewed as errors in the psychiatric reports.

Breivik has claimed to be on a crusade against a “Muslim invasion”.

The question of Breivik’s sanity is central to the case, and two teams of psychiatrists have reached opposing conclusions.

If the court finds he was sane, he is likely to face the maximum sentence of 21 years, a punishment that may be extended if he is still considered a danger to society.

If deemed insane, a fate he wants to avoid, Breivik will instead face closed psychiatric care, possibly for life.

Judges are expected to present their verdict on either July 20th or August 24th.