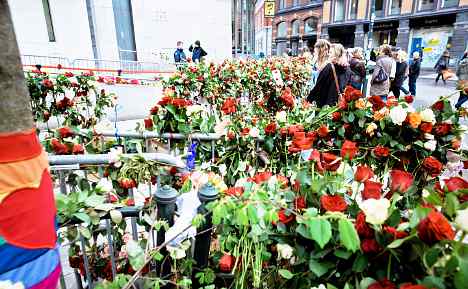 The tone was set on the first day of the trial on April 16th when theprosecutors, psychiatrists and lawyers for the plaintiffs lined up in front of Breivik before proceedings got under way to politely shake his hand.

Nine months earlier, that same hand killed 77 people when the 33-year-old right-wing extremist detonated a bomb in the government block in Oslo and then went to the nearby island of Utøya where he opened fire on hundreds of people, many of them teenagers, attending a Labour Party youth camp.
Courtesy has been the rule throughout the emotional testimony heard so far from survivors and during Breivik's cross-examination, though it has at times been disconcerting to some: a few journalists have expressed surprise at Prosecutor Inga Bejer Engh's use of a seemingly friendly tone with Breivik.
"We're going through 'Breivik hell' with dignity and upholding the principles of the rule of law and the rights of the individual, the rights ofthe criminal," a columnist at tabloid Verdens Gang (VG), Shabana Rehman, wrote.
"We can be proud that there has been no lynch-mob atmosphere," she added.
Breivik, who is led into the courtroom by unarmed police officers every morning, clad in a suit and tie, has never been assaulted, neither verbally nor physically, though families of his victims sit just a few feet away, their suffering visible but silent.

In the absence of shouting or hollering, loud shrieks of grief or anger, there is just soft weeping, the occasional hug between family members, and heads shaking in disgust.

Maren Karlsson, who lost her daughter in the bombing, said she simply caught Breivik's eye at one point and stared him down until he looked away.
From the witness stand, none of the bomb survivors, some deeply scarred and still on crutches, addressed Breivik directly.
Outside the courtroom, Norwegians have responded to the trial with the same spirit of solidarity and unity that marked the tranquil nation in the days following the July 22nd attacks, when tens of thousands of people marched quietly in the streets, roses in hand.
"Unlike the United States after 9/11, Norway is not going to place its soul in jeopardy through brutal and passionate revenge following a terrorist attack," University of Oslo anthropology professor Thomas Hylland Eriksen said.

"The slogan is not 'either you are with us or you are with the terrorists,' but rather 'it is our values against theirs'," he wrote on the site www.openDemocracy.com.

During the trial, Norwegian media have dug up a phrase tweeted by a young Norwegian woman, Helle Gannestad, after July 22: "If one man can create that much hate, you can only imagine how much love we as a togetherness can create."
Her message echoed Labour Prime Minister Jens Stoltenberg's call after the attacks for "more democracy, more openness and more humanity, but without naivety."
On Thursday, some 40,000 people gathered at an Oslo square to sing a popular folk song that children in Norway sing in school and which Breivik had described during the trial as a "Marxist indoctrination method."
"It's a pretty typical Norwegian reaction," Breivik said a few days earlier of the peaceful marches in reaction to his attacks. "You're not allowed to get angry or furious," he said, adding that he had expected to be lynched for his massacres.
Regardless of whether it's a sign of naive good nature or a strong attachment to democratic ideals, the Norwegian reactions have been widely reported abroad.
"These civilities? Maybe it's like Breivik says, that in Norway you're not allowed to get angry," another VG columnist, Anders Giaever, told AFP.
"But it may also be that we're not accustomed to crimes like this. Mass murderers were in other countries. We're used to cases of domestic abuse or crimes linked to drugs. So we just keep to our usual reactions," he said.