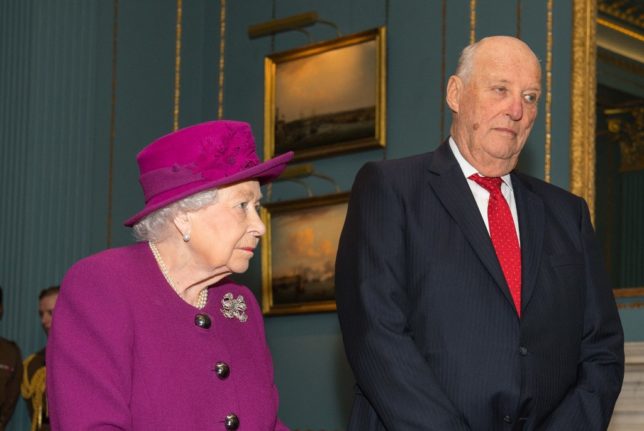 The Norwegian Royal Family expressed their condolences after the death of Queen Elizabeth II on Thursday afternoon.

“Our thoughts are with His Majesty The King and the members of the Royal Family on the loss of Queen Elizabeth. For nearly a century, Her Majesty devoted her life to the service of the Commonwealth, following the British people through good days and bad, in times of happiness and sorrow. We also send our condolences to the British people,” the palace wrote on its website.

Norway’s PM also expressed his sadness at the passing of the monarch.

“A historic era and a long life in the service of Great Britain has come to an end. There is great respect for Queen Elizabeth’s life’s work. For seven decades, she has represented continuity and unity, also in the close relationship between our two countries and our royal families,” Norwegian PM Jonas Gahr Støre said to newspaper VG.

“Our warmest thoughts now go out to the many in Great Britain and the Commonwealth of Nations who have lost a dear monarch and to the Queen’s close family,” he added.

In a statement, her eldest son, who has now become King Charles III, said: “The death of my beloved mother Her Majesty the Queen, is a moment of the greatest sadness for me and all members of my family.

“We mourn profoundly the passing of a cherished Sovereign and a much-loved mother. I know her loss will be deeply felt throughout the country, the Realms and the Commonwealth, and by countless people around the world.”

Elizabeth’s reign spanned the Victorian era to the present day. Her first prime minister, Winston Churchill, was born in 1874, while her last Liz Truss, was born 101 years later in 1975.

“Deeply saddened by the passing of Her Majesty Queen Elizabeth II. Over more than 70 years, she exemplified selfless leadership and public service. My deepest condolences to the Royal Family, to our Nato Allies the United Kingdom and Canada, and to the people of the Commonwealth,” he tweeted.

Deeply saddened by the passing of Her Majesty Queen Elizabeth II. Over more than 70 years, she exemplified selfless leadership and public service. My deepest condolences to the Royal Family, to our #NATO Allies the United Kingdom and Canada, and to the people of the Commonwealth. pic.twitter.com/hHyqBdhKcx

“It is with great sadness that we all receive the news that Queen Elizabeth II of Great Britain has passed away. Aged 25, she took over in 1952 as head of state and monarch after her father, King George VI, died of cancer. For over 70 years she has been on the throne, and contributed greatly to continuity in a world that has changed rapidly and radically,” she wrote in a statement on Facebook. 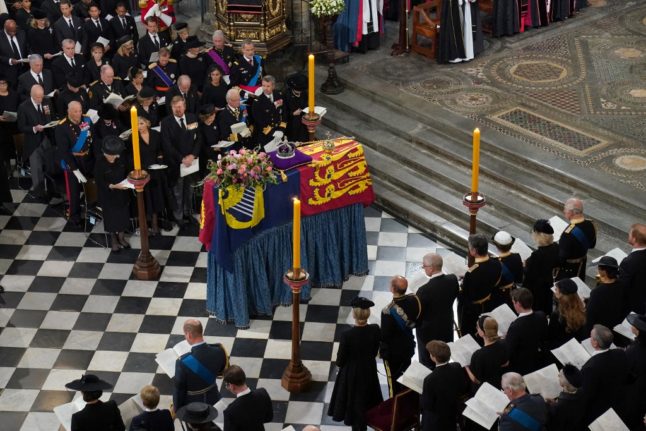 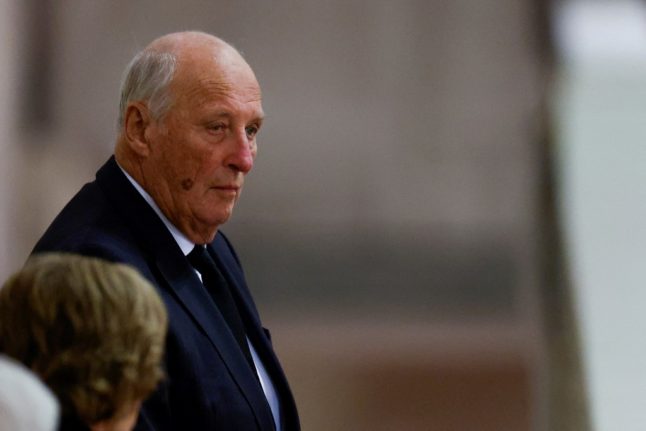 King Harald and Queen Sonja were placed in the second row of mourners, opposite the British Royal Family, during the state funeral of Queen Elizabeth II on Monday.

Denmark’s Queen Margrethe II and Crown Prince Frederik, and King Gustav and Queen Silvia of Sweden were also sat close to the coffin.

Queen Elizabeth’s coffin was carried from Westminster Hall to Westminster Abbey at 10:45am local time.

Guests from around 200 countries and over 20 royals were in attendance for the funeral service. Some 500 presidents, prime ministers, foreign royal families and dignitaries were among the 2,000 stong congregation in Westminster Abbey.

Justin Welby, the Archbishop of Canterbury, told the congregation that the grief felt by so many across Britain and the wider world reflected the late monarch’s “abundant life and loving service.”

“Her late majesty famously declared on a 21st birthday broadcast that her whole life would be dedicated to serving the nation and Commonwealth,” he said.

“Rarely has such a promise been so well kept. Few leaders receive the outpouring of love that we have seen.”

After the funeral, the Queen’s coffin was carried from Westminster Abbey to Wellington Arch along a route flanked by soldiers, police officers and the public. A canon salute fired from Hyde Park and Big Ben struck each minute.

King Harald was a second cousin of Queen Elizabeth II, and the two countries’ royal families have remained close since the Norwegian Royal Family fled to London in exile during Germany’s occupation of the country during World War II.

On Sunday, King Harald and Queen Sonja were at the lying in state of Queen Elizabeth at Westminster Hall.

“Your Majesty King Charles III, my family and I are deeply saddened to receive the news that Her Majesty Queen Elizabeth II has passed away. Our thoughts and prayers are with Your Majesty and the members of the Royal Family. For nearly a century, Her Majesty devoted her life to the service of the Commonwealth, following the British people through good days and bad, in times of happiness and sorrow. We send our deepest condolences to the British people on the loss of their beloved Queen,” the message began.

“On a personal note, I am mourning the loss of a dear relative and confidant friend. My family and I wish Your Majesty and your family all the strength and comfort you need in this time of grief,” King Harald’s message of condolence concluded. 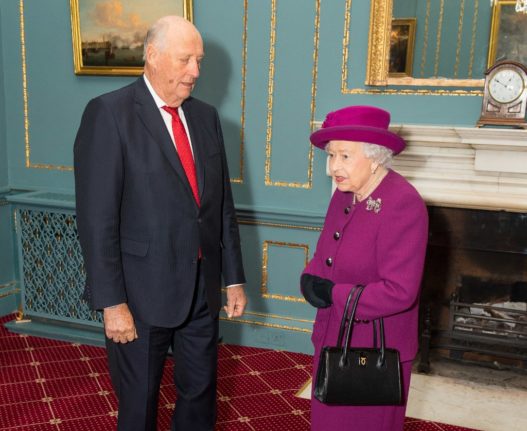