With pristine fjords, majestic mountains, and vast green areas, Norway is a world-renowned travel destination. While its major tourist hotspots deserve all the attention they get, the country also has many hidden gems just waiting to be discovered off the beaten path.

Norway has many awe-inspiring destinations that tourist flock to on a regular basis. From Pulpit Rock and Trolltunga to Geiranger and Longyearbyen, unique scenery and breathtaking views attract a steady flow of visitors year in and year out – especially in the summer.

The same holds true for the country's rich cultural heritage. Regardless of whether one decides to drop by the Nidaros Cathedral in Trondheim, hop on a cruise to Sognefjord (the "King of Fjords"), look at the UNSECO-protected colourful wooden houses at Bryggen in Bergen, or see ancient Viking ships in Oslo's museums, even the most demanding of travellers will find it difficult resist Norway's charms.

However, as the tourism industry has boomed in recent decades – not taking into account the coronavirus lockdowns of 2020 and 2021 – concerns have been voiced about the threat of over-tourism at some of the country's most iconic destinations.

So, if you're keen on discovering parts of Norway that aren't usually counted among its "mainstream" tourist magnets but have a lot to offer, here's our list of eight lesser-known charming spots you can visit.

The beautiful Lustrafjord is a branch of the more famous Sognefjord, Norway's deepest (and largest) fjord. The broader Luster area is a particularly scenic part of Norway, as the fjord encounters multiple mountains, waterfalls, and glaciers along its path, offering numerous hiking, climbing, and sightseeing opportunities.

If you're a hiking enthusiast, you're in luck! From glacier hikes and tours to regular hikes, the Luster area has it all. The Mt Molden hike is particularly popular among locals and tourists as it's quite short but offers a fantastic view of the surroundings and Lustrafjorden.

The area also boasts many cultural attractions, such as the Urnes Stave Church (a UNESCO World Heritage Site built in the 12th and 13th centuries) and Norway's oldest historical hotel - the Walaker Hotel.

However, it should be noted that some of the activities mentioned beforehand may not be available depending on the season - so plan accordingly.

Hamn (literally "harbour" in Norwegian), a picturesque village on Senja island, hosts an award-winning resort that travellers can take advantage of, as it is ideally positioned as a base for catching a glimpse of the Northern Lights or witnessing the midnight sun phenomenon.

This fishing village was transformed into a holiday resort in 1994. Since then, it has been acknowledged as a fantastic destination many times (in 1995, it even won the "best travel product of the year" award).

Senja, one of Norway's largest islands, is known for its unique nature, fish-rich waters, and Northern Lights tourism.

So, if you're hoping to see the Aurora Borealis, Hamn can be a fantastic starting point for venturing and discovering the island's numerous attractions. A number of them are just a short drive away from the resort.

The Ravnedalen Valley Nature Park is a beautiful award-winning park in Kristiansand. It offers visitors enchanting nature, including stunning cliffs and a lake, as well as concerts and events during the summer.

The park was established in 1876 by General Joseph Frantz Oscar Wergeland, with financial support from the Municipal Association.

Wergeland's troops transformed the swamp beneath the Ravneheia mountain into a lovely park that boasts unique animal and plant species.

The Ravnedalen Valley Nature Park is open year-round, but if you can, you should plan your visit in the summer, when it hosts numerous plays, festivals, and other events.

Insider tip: If you get hungry, you can always grab something to eat at the park café.

The idyllic fishing village of Reine in the Lofoten Islands consists of multiple islets linked by bridges. Red fishermen's cabins, for which the site is most famous, figure prominently in the landscape throughout these small islands.

Reine is an Instagram favourite and is often dubbed Norway's most photographed village. Pop-culture aficionados might know that Reine has inspired a number of artworks, not least the global Disney megahit Frozen.

The red cottages (rorbuer in Norwegian) can be rented out, so if you're after traditional accommodation, look no further. However, keep in mind that the cottages have been somewhat modernized over the years.

There are plenty of activities to choose from in the area, including kayaking, wildlife sightseeing, fishing, and hiking.

The Vistenfjord is situated on Helgeland's coast, between the Seven Sisters mountain range on Alsten island and the Vega Archipelago. Travel journalists often call it by a special nickname, "the Unknown Fjord."

The narrow fjord and the sheltered wilderness surrounding it offer excellent options for a holiday focused on connecting with pristine nature. Here you will find calm valley paths and rivers full of fish, only a short distance from open high mountain areas and one of the country's most exciting national parks.

The fjord itself is extremely rich in wildlife, boasting one of the most diverse natural biotopes in Northern Europe, according to Visit Norway.

Skudeneshavn and its unique old town

The town of Skudeneshavn, located in Karmøy Municipality in Rogaland, has a breathtaking historic area, with more than 120 original timber homes and seafront wharves in its old town (Gamle Skudeneshavn in Norwegian).

Albeit small (with a population of around 3,300 people), it is considered the best-preserved sailing ship town in the country. Skudeneshavn has a traditional boating festival called the Skudefestivalen. This summer festival is regarded as the biggest gathering of coastal culture in Western Norway. 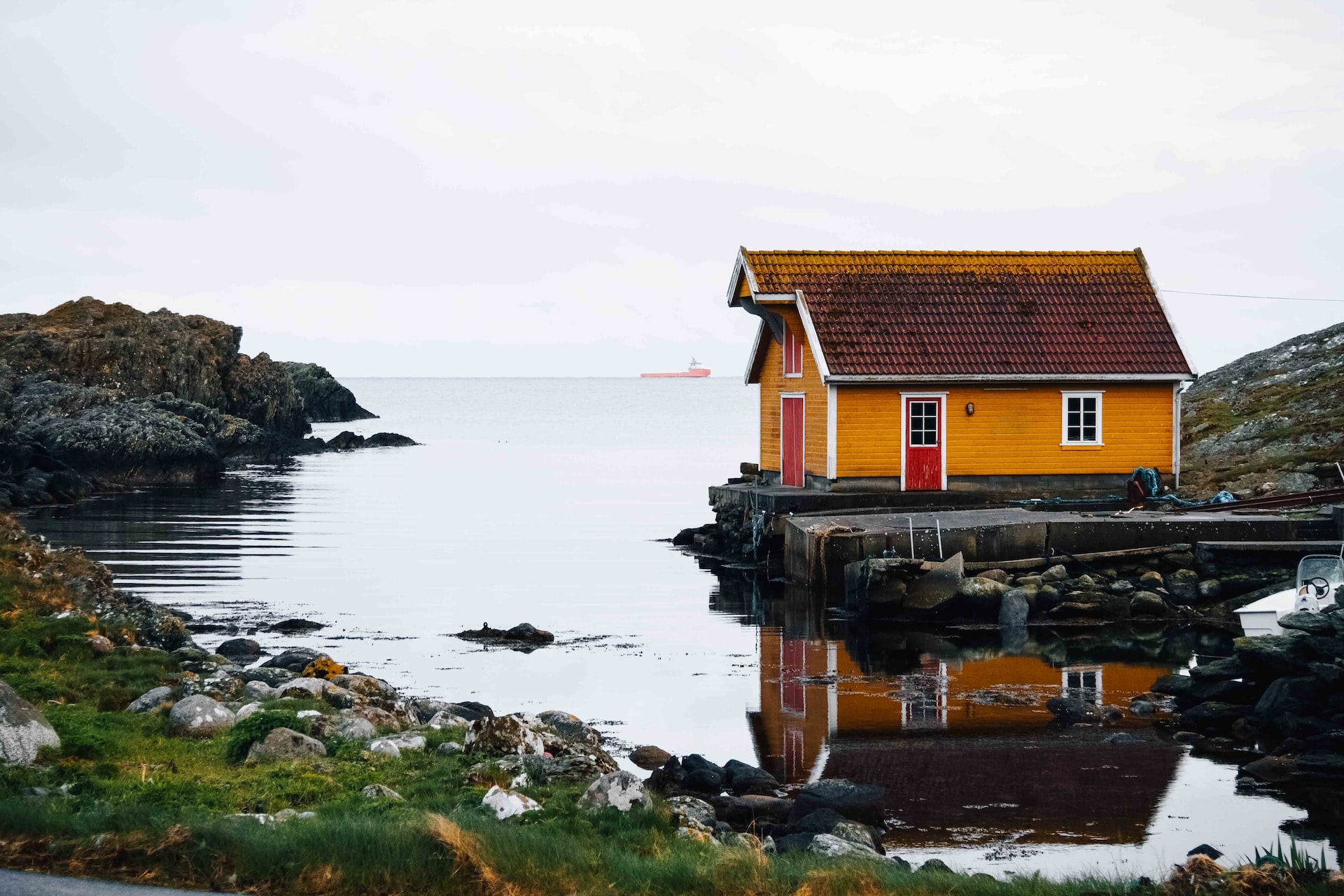 Pictured is Skudeneshavn. Photo by Ingrid Martinussen on Unsplash

Boats of all shapes and sizes participate in it, and the town comes to life during the four days of the Skudefestivalen.

History buffs can also participate in one of several organized daily tours through the town, which provide rich details on the town's interesting history – from the 19th century to the modern day.

The town of Røros is one of the few UNESCO World Heritage Sites in Norway. Its outdoor markets, centuries-old mining tradition, and natural attractions make it a great place to visit.

Copper was mined in Røros from the 17th century and all the way up to 1977, generating a peculiar blend of contemporary feel and industrial appearance that can be seen in the town's architecture and felt in its streets.

Don't miss the Røros Church – one of Norway's largest – which can host up to 1,500 visitors. The church was built in 1784, while the town's mining industry was going through a prosperous period. 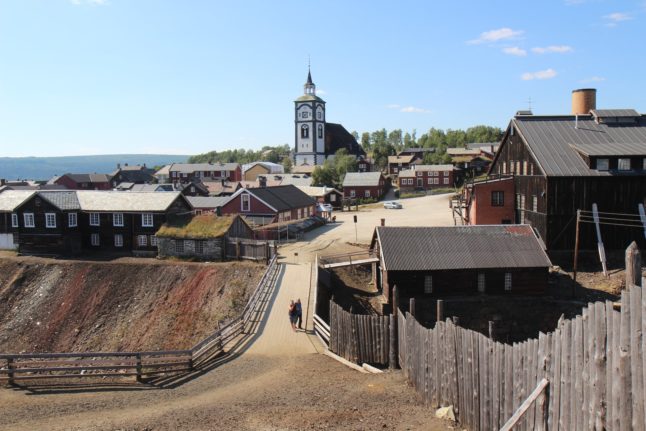 Rorøs rose to prominence in Norway as a mining town and boasts one of the country's largest churches. Photo by Arvid Høidahl on Unsplash

The church still holds religious services, and visitors can sign up for guided tours of this "Pride of the Mining Town," as the locals have been calling it for centuries.

But the appeal doesn't stop at the cultural heritage; Røros is also known for delicious, locally cultivated food. It received the Sustainable Destination seal roughly ten years ago, so make sure to try some of the local specialities (like the røroskake cheesecake or the rørosost cheese)!

Undredal and its brown goat cheese

Undredal is a charming small fishing village located in Aurland Municipality in Vestland. It is situated along the imposing Aurlandsfjorden, a few kilometres from the mouth of the Nærøyfjord.

Due to its location, it was accessible exclusively by boat until 1988, after which a road connection was constructed.

The fascinating Undredal Stave Church (built in 1147), the smallest of its kind in Northern Europe, has pride of place in the village. If you have the time, make sure to book a guided tour with organ music. 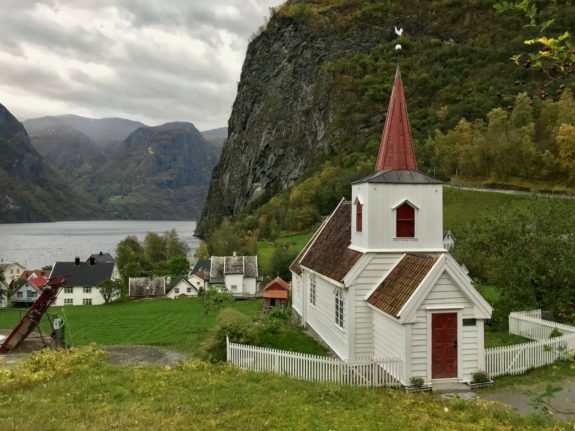 The tiny, but charming, village of Urendal, pictured below, is a must see. Photo by Stephen Roth on Unsplash

Aside from the stave church, Undredal is famous for its traditional brown (goat) cheese. Goats outnumber the village's inhabitants significantly (according to a 2001 Statistics Norway report, there are roughly 100 people in Undredal), which shows just how essential goat products are for the village's economy and day-to-day life.

Fun fact: American expert on European travel Rick Steves mentioned Undredal in his show on Norway - something the locals are quite proud of (with good reason).