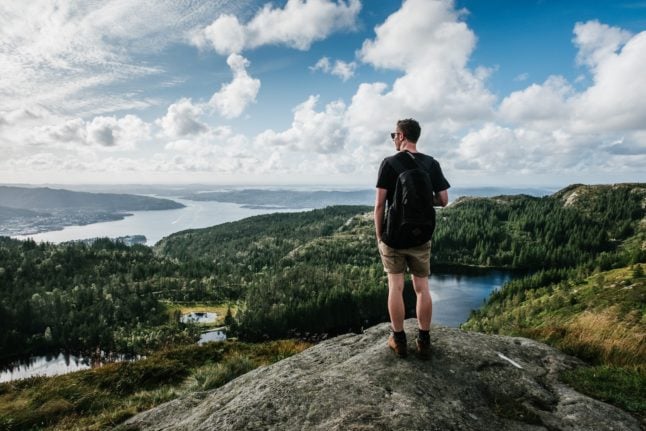 These are the options available to Americans wishing to move to Norway. Pictured is a person on a hike near Bergen. Photo by Robert Bye on Unsplash

There are plenty of factors that make Norway an attractive proposition for those looking to move countries. Whether it’s the nature, the wages, the work-life balance, the active lifestyle, or something completely different, plenty of positives bring people from all corners of the globe to the country.

Americans undoubtedly feel this attraction as last year, citizens from the USA made up the fourth largest group to be granted work permits, while also being the fifth biggest set of nationals to be given family residence cards.

So, what are the rules for moving to Norway?

First up, as Americans are classed as citizens from outside the EU/EEA and do not have the freedom of movement, they will generally need to apply for and be granted a residence permit to come to Norway.

However, Americans with dual nationality from an EU or EEA country can move to Norway without applying for a permit. However, they will have to register with the police as having moved to Norway and log their reason for moving, such as work or family. If you qualify as an EU national, then you can check the Norwegian Directorate of Immigration’s (UDI) rules here.

Additionally, partners, spouses, and fiancés can move to Norway if their significant other is an EU/EEA national. You can read more about the specifics here.

However, if you don’t meet these requirements, you will need to apply for a residence permit. The UDI treats Americans like the citizens of any other country outside of the EU/EEA, meaning there aren’t any specific rules for Americans.

And one final point worth mentioning is Norway does not allow those with “Norwegian heritage” or a distant Norwegian relative to move to the country.

What are the options for getting a residence permit?

There are a few different ways to obtain a work permit to move to Norway. The most common options are either to move for work by getting a skilled worker permit, or to move to be with a Norwegian partner, spouse or family member. The rules for moving to be with family are pretty rigid, so you won’t be able to move to be with an aunt or uncle, for example.

Becoming an au pair or moving to Norway to study are also options. You can find an overview of the different application types available to citizens from the USA here.

As obtaining a work permit or moving to be with family or a partner are the two most common routes, we’ll cover those in more detail.

Getting a work permit

To qualify for the skilled worker permit, you’ll need to have completed higher education or obtained vocational training that took at least three years at upper secondary school level or higher—for example, electricians or carpenters. In addition, you will need to have received a full-time job offer that meets Norwegian pay and working condition requirements.

The job you are offered must also require your qualifications as a skilled worker. These work permits run for between one and three years. Those with degrees are normally given three-year-long permits, while those with vocational education are typically given year-long permits. You may also need to reapply if you move into a job that’s a different position to the one you applied for, even if it’s with the same employer.

A seasonal worker permit option is also available, but this is a more short-term option and isn’t viable if you want to stay in Norway for longer than six months.

To find out what rules specifically apply to you when applying for a work permit, click here.

While the details below provide a basic overview, it is worth checking with the UDI what options are available to you and the rules here.

For those with a husband or wife in Norway, there will be an application fee of 10,500 kroner to cover. Both of you will also need to be over 24 too. In addition, you’re marriage or partnership must have been legally entered into.

You will also need to plan on living together in Norway, and the marriage must not have been a visa wedding or forced.

The applicant must also verify their identity, and you must not be prohibited from entering the Schengen area.

The reference person (i.e. the partner) must also have an income of at least 287,278 kroner per year before tax. This figure changes every May though. But the salary requirement will not be raised or lowered if it changes after you apply.

The applicant’s significant other will also not have received financial assistance from NAV (økonomisk sosialhjelp) in the previous 12 months.

The rules for those with partners is broadly the same. But you must also meet one of two requirements to be eligible. First, you will need either have lived together for two years. Or you must be expecting or have a child together.

A parent who has sole parental responsibility for a child who is a Norwegian citizen can apply for a permit for family immigration to live with their child in Norway.

If you are married or live with the child’s other parent, you cannot apply for this type of permit. Instead, you must apply under the rules for spouses and cohabitants.

If your child or grandchild is an EEA citizen registered in Norway, you can move to be with them if you can document your identity, aren’t prohibited from entering the Schengen, and you will need to be supported financially by the reference person.

Moving to be with adult children or parents when you are over 18 is incredibly tricky, and a specific set of requirements needs to be met.

In many cases, those applying under the “other family” bracket will only have their applications approved when strong humanitarian reasons are considered. However, the UDI doesn’t list any particular requirements or guidelines.

Those with family immigration permits are allowed to work and may be entitled to healthcare through the National Insurance Scheme. 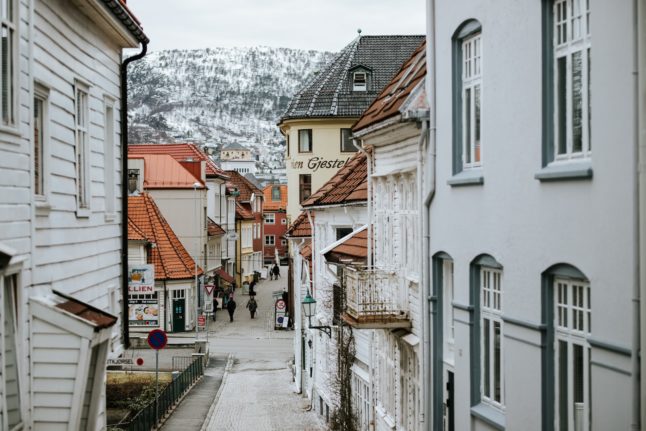 MOVING TO NORWAY
Moving to Norway: How much money do I need to live in Bergen? 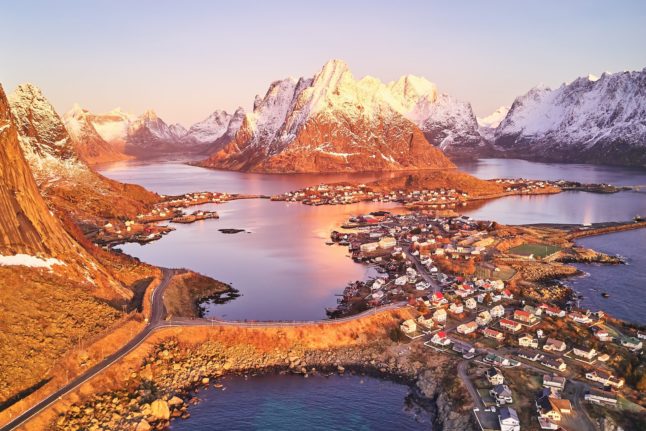 RESIDENCY PERMITS
What are the key benefits of Norway’s family immigration permit?

Norway’s second-largest city, Bergen, is famous for its picturesque UNESCO-listed harbour, and the city attracts tourists in their droves, charmed by the typically Norwegian architecture in the town.

Bergen is also a popular landing spot for foreigners in Norway, with many calling Norway’s second city home due to work, studying there or falling in love with the place on a trip.

However, Norway is a seriously expensive place to call home. So, how much money will you need to call Bergen home?

Below we’ll crunch the numbers on the most essential costs.

One thing that makes Bergen a much more attractive proposition than Oslo is the lower cost of renting.

Although, it’s still one of the most expensive places in Norway to rent, and the cost of renting has increased by approximately 6.6 percent over the past year. This could be set to reverse or slow down. In the second quarter, prices dropped 3.1 percent, according to figures from Real Estate Norway.

Depending on the size of the place you want, you’ll expect to pay between 8,400 and 10,487 kroner per month in rent for your own apartment, according to figures from rental platform Hybel. If you want more space, you can expect to pay upwards of 12,000 kroner for a place with three rooms.

For those who don’t need as much space, a room in a flat or house share will set you back around 5,236 kroner a month.

This can be hard to set a definite price on, given that the country is currently experiencing high and fluctuating energy costs.

In August 2022, the cost of energy in Bergen was, on average, 4.36 kroner per kWh, including grid rent. However, the government covered around 3.6 kroner of that price in subsidised bills.

Since then, the proportion the government covers has increased to 90 percent when the spot price is above 70 øre per kWh.

Additionally, bills will become more expensive through the winter as temperatures drop and consumers use more power.

Figures show the average monthly consumption for an apartment ranges from 300-500 kWh a month. Bigger homes will typically need more energy to power them.

At the top rate for apartment consumption, you can expect to pay just over 1,000 kroner a month in energy bills, when government support is included,  when the price is around 4.5 kroner per kWh. If you reduce your consumption to 350 kWh per month, you can expect to pay about 843 kroner a month. These figures could likely be significantly higher in the winter, before returning to much lower levels in the summer.

When renting in Norway, the landlord may cover the water and Wi-Fi bills. If they do not, then you can add another 500 kroner to the price of utilities.

Transport: up to 755 kroner

Compact would be one way to describe Bergen’s city centre. However, some more residential areas may be too far for some to walk.

Transport in the city, both busses and the Bergen Light Rail, is handled by Skyss. A single ticket from Skyss for an adult costs 40 kroner, or more onboard.

Consumption Research Norway (SIFO) estimates that the average cost of food for someone aged between 31- 50 was up to 3,690 kroner per month.

Eurostat, which monitors price levels across the EU, EEA and EU candidate countries, has ranked Norway with the second highest price level index for food and non-alcoholic beverages.

According to Eurostat’s data and price level index, prices in Norway were 49 percent higher than the EU average in 2021

However, Norwegians actually spend less money on food than other European households. Food and non-alcoholic beverages accounted for 11.3 percent of households’ total spending in 2022, according to Statistics Norway. The average across the EU was 13 percent.

Depending on your habits and diet, you can cut down your food shop significantly. Additionally, making the most of apps, loyalty schemes, and The Local’s money-saving tips can help with this.

But, if the cost exceeds 6 percent of total household income, you can pay a reduced price. This price applies to both municipal and private kindergartens. There are also discounts for those with more than one child.

You can shop around to find cheaper kindergartens or one that more suits your need.

READ MORE: Everything parents in Norway need to know about preschool

It’s unlikely that you’ll want to be sat all week indoors after moving to a new city, so you’ll obviously want to know how much you can expect to shell out for one of the country’s infamously expansive beers while out: 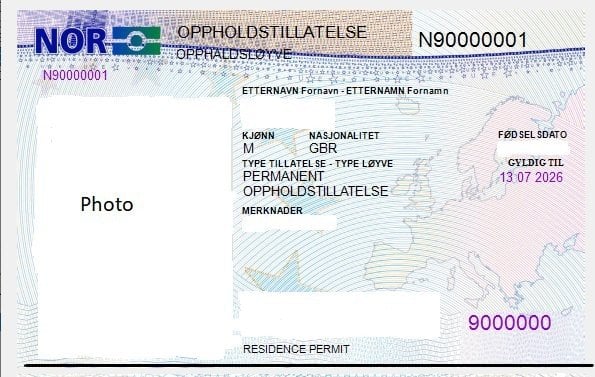 RESIDENCY PERMITS
Can you travel in and out of Norway if you lose your residence card? 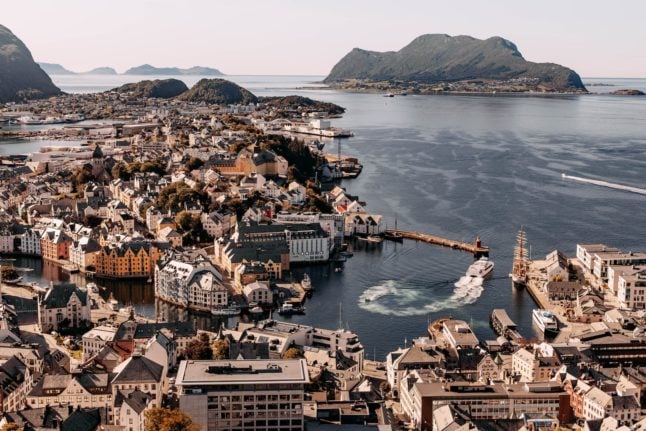 RESIDENCY PERMITS
What are my rights while I wait for my Norwegian residence permit to be extended?
Url copied to clipboard!