A solidarity event will be held at Oslo's town hall on Monday night. Pictured are LGBT flags. Photo by daniel james on Unsplash

Organisers have cancelled a Pride event outside Oslo City Hall on Monday night, following a recommendation from the police.

“We are sorry that we once again have to come out with a message that a Pride celebration must once again be canceled”, Inger Kristin Haugsevje, head of Oslo Pride, said in the press release

The event had been scheduled to go ahead at 7:30pm and feature music, speeches and a minute of silence. Police, however, suggested the event be postponed and all Pride events across the country be put on hold.

Police said that the decision to advise against the event was based on a recommendation from counter-terrorism and intelligence service PST.

“PST considers that we are still in an extraordinary threat situation. A terrorist attack has been carried out, and there is an unresolved threat,” police director Benedicte Bjørnland said.

PST said it was focused on preventing copycat attacks following three shootings in Oslo, one at the London Pub gay bar, in the early hours of Saturday, leaving two dead and 21 injured.

“We fear a follow-up action. We have seen cases of this in other countries, and it is not unusual for some to be inspired or for more people to have the same way of thinking as has happened here, and who may consider committing a new terrorist act in Norway,” Roger Berg, temporary head of PST, told public broadcaster NRK.

Oslo police had given the event the go-ahead on Sunday before changing their advice.

“We have been in contact with the organiser before. Then it was a small event. Now it has developed into a very large celebration. We recommend it doesn’t go ahead,” Martin Strand from Oslo police told public broadcaster NRK on Monday afternoon before the organiser’s cancelled.

“We can not guarantee the safety,” Strand added.

Before it was announced that the event would be cancelled, police were still set to be present at Rådhusplassen should people turn up anyway.

“This afternoon, the police have come up with new advice and asked Oslo Pride to postpone their event at Rådhusplassen tonight. The municipality of Oslo takes note of this, and as a city councillor, I ask people to follow the police advice,” Johansen wrote in a Facebook post. 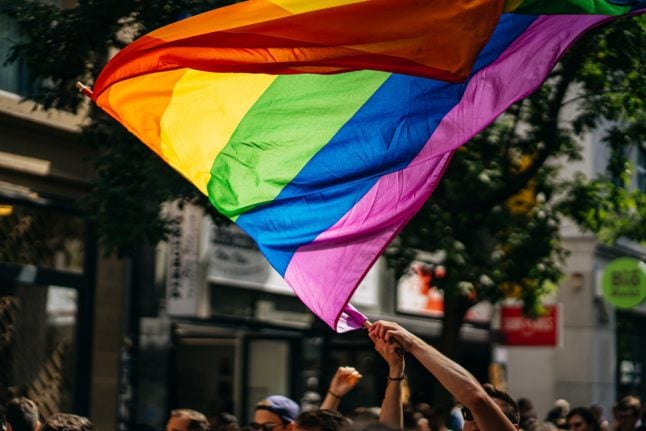