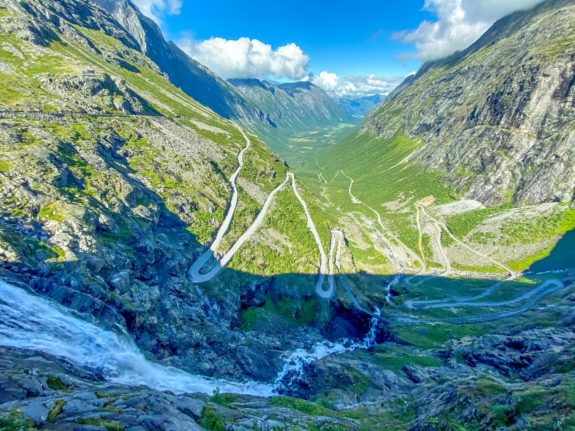 Telia customers in Norway have been exposed to a flubot scam, public broadcaster NRK reports.

Flubot is a sophisticated malware that involves sending victims an SMS, which often says that the recipient has received a package or a video of them circulating online.

The message normally has a link attached, which is a link to the malware. Telia had blocked around 50 to 70 numbers that had sent out the malware.

Farmers in Norway have asked the state for 11.5 billion in the agricultural settlement. Typically, the money for the settlement can only be raised by asking the state for the funds or by increasing the price they sell food for.

Farmers have proposed taking most of the money from the state, with only 15 percent of the proposed funding coming from price increases, NRK reports.

Farming in Norway is heavily subsided.

READ MORE: Why food in Norway is so expensive

Under the proposal, a litre of skimmed milk would increase in price by 40 øre to 16.90 kroner, according to the Norwegian Institute of Bioeconomics.

Cheese would become 4 kroner more expensive, while the cost of flour would be around 1.40 kroner per kilo.

Norway, where half of all new cars sold are electric, will look into making charging easier by adopting a universal solution, Transport Minister Jon-Ivar Nygård has told newspaper VG.

Currently, you cannot use one universal payment method, app or card to pay for all fast chargers in Norway.

The Norwegian Automobile Federation (NAF) and the Consumer Council have said that charging EVs is too complicated.

“It looks like it is necessary,” Nygård said of a standard payment method for charging to VG.

The transport minister added that a solution wouldn’t be introduced until next year at the earliest. This autumn, the government will present a new strategy for electric car charging.

Norsk Hydro has announced strong profits for the first quarter of 2022. The renewables and aluminium firm made an operating profit of 11.2 billion kroner in the year’s first four months.

Rising aluminium prices boosted the company’s coffers. As a result, the first-quarter profits are more than double those of the same period last year.