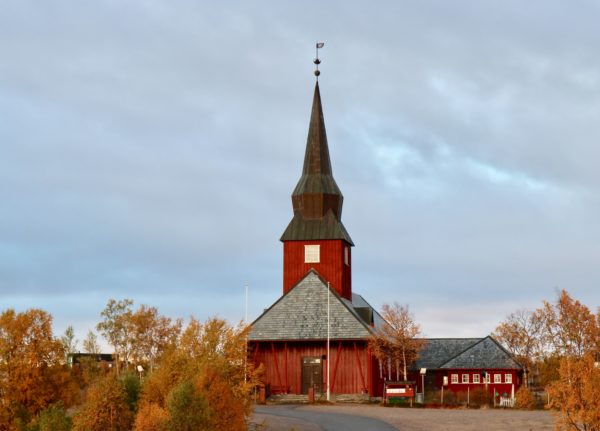 Passports, worker shortages, and criminals exploiting the war in Ukraine are all in today's roundup. Pictured is a church in Finnmark. Photo by Arvid Høidahl on Unsplash

Økokrim believes criminals will take advantage of the war in Ukraine

In a new assessment, Norway’s serious crime agency has said that the war in Ukraine will have several knock-on effects in Norway, and criminals will likely exploit the situation.

“We see that there could be fraud in instances where the situation in Ukraine is emotionally exploited to achieve a gain,” Pål Kulø Lønseth, head of Økokrim, told public broadcaster NRK.

The biggest challenge associated with the influx of refugees, according to the crime agency, is that human traffickers and other criminals will try and exploit and force vulnerable asylum seekers into prostitution or forced labour.

“It is especially (likely to occur) in sectors where there is a need for a lot of unskilled labour. It is construction, the cleaning industry, and the transport business, which will especially see this,” Lønseth said.

The agency said that the war was also likely to affect the food and energy supply in Norway and lead to an increase in black-market goods.

335,000 in Norway have already applied for a passport this year

335,000 Norwegians have applied to renew their passport in the first four months of the year, figures from the Norwegian Police Directorate have revealed.

The Police Directorate told news site ABC Nyheter that the demand for passports is around 40 percent higher than in a typical year.

“There is a great demand throughout the country. The demand for passports is now between 40-45 percent higher than in a normal year. In addition, 138,000 applications for a national ID card have been registered so far this year,” Arne Isak Tveitan, head of the ID section at the police directorate, told ABC Nyheter.

The reason for the increased demand is the easing of travel restrictions which had been in place globally for the past two years. Last week it was reported that the police would introduce restrictions on passport applications to ease the current backlog.

The Finnmark Plateau in Norway, famous for its gentle rolling landscape, could soon be dominated by spruce trees due to a change in the climate.

“Areas that today do not have as much forest, such as the Hardangervidda and Finnmarksvidda, will have spruce forest,” Kyree Kausrud told newspaper Klassekampen.

Kaursud led a group of experts who looked at the climate challenges Norwegian forests face on behalf of the Norwegian Environment Agency.

Norway to need almost 50,000 more municipal workers over the next decade

Norwegian municipalities and county authorities will need 46,000 more employees within the next ten years, the Municipal Sector Organisation (KS) said in a report.

KS added that it would be almost impossible to recruit that many workers.

“We will not get hold of all the man-years that our projections say will be needed. There will not be enough employees in Norway for that,” Marit Roxrud Leinhardt from KS told public broadcaster NRK.