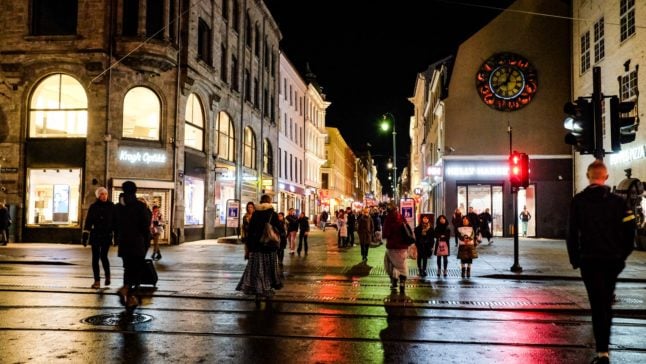 Norway's serious crime agency has outlined how criminals may look to take advantage of the war in Ukraine. Pictured is Oslo during the evening. Photo by Gunnar Ridderström on Unsplash.

Norway’s serious crime agency, Økokrim, has warned of a number of ways in which criminals will look to take advantage of the war in Ukraine for their own gain.

Criminals will look to exploit the refugee situation and the influx of asylum seekers into the country, public broadcaster NRK reports.

The crime agency has previously warned that refugees would be highly likely to be vulnerable to human trafficking or sexual exploitation.

However, this time it has also warned that refugees could be exploited into forced labour too.

“It is especially (likely to occur) in sectors where there is a need for a lot of unskilled labour. The construction, the cleaning industry, and the transport business will especially see this,” Pål Lønseth, head of Økokrim, told public broadcaster NRK.

Norwegian companies that operate overseas or have international connections are now extra exposed to corruption due to supply shortages and trade routes being cut off, business and financial publication Dagens Nærlingsliv writes.

“When there is a shortage of some resource, either a raw material, or for that matter a government permit, the risk of corruption increases,” Lønseth told the paper.

The crime agency also warned that the food and energy supplies would be affected worldwide, leading to increased activity on the black market.

“ It will be a concern that goods can be produced in such a way that does not satisfy the health requirements that we set for the foods sold in Norway,” Lønseth warned.

Norwegian bank Nordea has also warned that fraud could increase as a result, but added that it hasn’t yet seen an increase linked to Ukraine.

On Monday, Økokrim will publish its threat assessment for 2022.