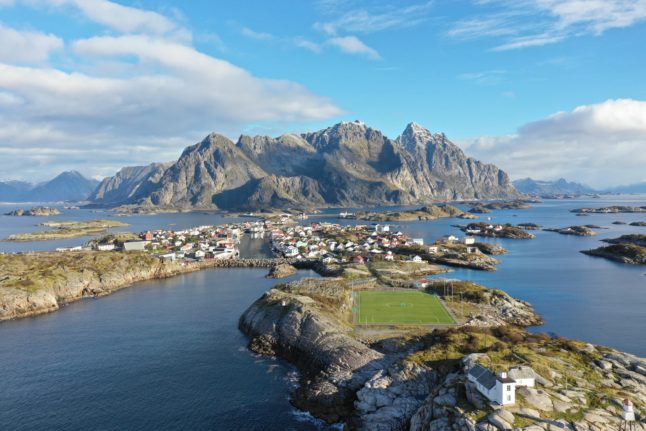 Read about Lofoten, pictured below, wanting to introduce a tourist tax, how Norway handled the pandemic and the discount on tolls for electric cars facing the axe in today's roundup of important news.

Norway handled the pandemic well for the most part

Norway’s response to the Covid-19 pandemic was given an overall positive scorecard in an official commission report published on Tuesday.

The Corona Commission, appointed to scrutinise the response of authorities and health services, on Tuesday published its final report on the country’s management of the pandemic.

The commission concluded that Norway’s response to the pandemic was generally good. The report notes that the Scandinavian country has one of the lowest Covid-19 death rates in Europe and limited the impact of the virus on economic activity.

Some criticism is included in the report. Authorities were not adequately prepared to deal with a pandemic of the magnitude Covid-19 proved to be.

READ MORE: How well did Norway handle the Covid-19 pandemic?

Norwegian oil and gas is Norway’s most important contribution to stability in Europe, Minister of Finance, Trygve Slagsvold Vedum, has said.

The minister’s comments come after Gazprom announced that it was cutting gas to Poland and Bulgaria.

“Just think how the situation would have been in Europe today if they had not had the gas from Norway. There would’ve been a complete crisis in energy supplies,” Vedum told newspaper Klassekampen.

Lofoten is looking at bringing in a tourist tax

Lofoten, one of Norway’s most popular destinations, is mulling a tourist tax to help fund its local authorities, Public Broadcaster NRK reports.

The money would help to repair trodden down hiking trails and pay for waste collection, Destination Lofoten has said.

The government has previously said that it is open to launching a pilot scheme where local areas can implement a tourist tax.

Among the proposals would be to send an invoice to drivers of vehicles not registered in the area.

Line Renate Samuelsen, head of tourism at Destination Lofoten, told the public broadcaster that she felt it was unfair to label the scheme a tourist tax and said it was instead a way for visitors to ensure local wildlife is protected and that the authorities have the funds to provide the best possible experience.

Toll discounts could be axed for electric cars

The government is considering dropping or reducing the toll discount for electric cars in big cities, NRK reports.

Under current rules, electric cars never pay more than half what petrol and diesel cars do when entering cities. However, Jon-Ivar Nygård has said that discount means authorities lose significant revenues and that public transport is beginning to lose out to electric vehicles.

“When we are to reach the zero growth goal in the future and get people to use walking, cycling and public transport, we must have funding to expand it and ensure that we have measures to limit car use,” Nygård told NRK.

The Minister of Transport has said that the final decision has not been made, and the Norwegian Public Roads Administration will look into the matter further.