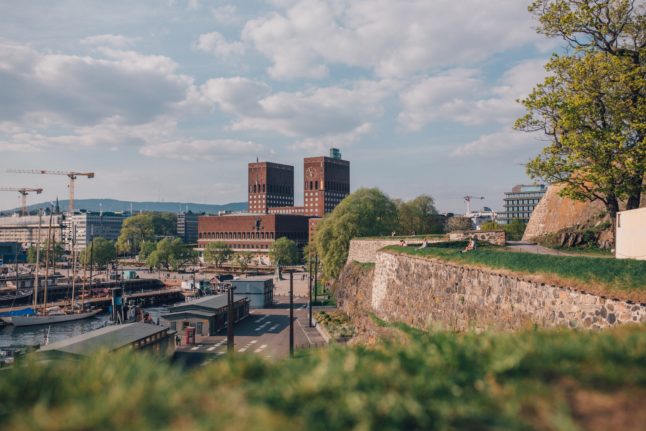 Read about a new airport taxi system, Ukrainian refugees, avalanches and a new report on the handling of the pandemic in Norway. Pictured is Oslo City Hall.Photo by Eirik Skarstein on Unsplash

The head of the Corona Commission, Egil Matsen, will hand over the report to Prime Minister Jonas Gahr Støre this afternoon.

The first report assessed how the government dealt with the pandemic when it first emerged in 2020 and the run-up to the first lockdown in Norway.

The second report will look at the handling of the pandemic until the end of October last year.

Newspaper Aftenposten has reported that the commission wants to see the number of intensive care staff increase.

Oslo Municipality has said that it thinks the resettlement of refugees is taking too long. The city council in the capital has said it has the capacity to take around 2,000 refugees but has so far only received 31.

“We have received 31 Ukrainian refugees to be settled. However, we have been very frustrated that it is going very slowly. It is slow because the refugees must be mapped while they are still in reception,” Einar Wilhemsen, finance councillor and deputy chairman of the city council, told Oslo-based publication Vårt Oslo.

When refugees arrive in Norway, they will typically stay at reception centres before being resettled elsewhere once they have been processed.

So far, 14,536 Ukrainians have applied for asylum in Norway.

The risk of avalanches has increased in several places in northern Norway.

The danger warning has been increased to orange, meaning significant danger.

Lower temperatures, wind and snow showers are the reason why the risk level will be increased from Wednesday, meteorologists from Varsom said.

The risk of avalanches is moderate to significant in the areas of Western Finnmark, North Troms, Lyngen and Tromsø.

Earlier this month, three skiers from France died in an avalanche.

The new system will give travellers an overview of the costs, the vehicle and the person driving it.

“We have been looking forward to this. Although the vast majority have pleasant experiences with the taxi drivers with us, we have seen some episodes where travellers report that they almost feel cheated and have had bad experiences,” director of the airport, Stine Ramstad Westby, told newswire NTB.

The solution was developed alongside Rubynor Flytaxien, which has been given a licence to become the operator of taxis at the airport.

Next week a new law that puts stricter requirements on dog owners will be put into place in Norway, public broadcaster NRK reports.

The proposal was agreed upon on Wednesday and will likely be finalised in parliament on May 24th, NRK writes. The legislature changes will mean dog owners will be required to prevent dogs from being put in situations where they can harm or damage people, property, and things.

The trial of Espen Andersen Brathen, who has pleaded guilty to having stabbed five people to death and having fired arrows at others in an attack in Kongsberg last year, will continue today.

The prosecution and the defence argued that he could not be held criminally responsible and advocated a psychiatric commitment rather than a prison sentence.

The Norwegian Crown Prince, Haakon, Norwegian skier Vegard Ulvang and several researchers will take part in an expedition to Greenland, which begins Thursday.

The trip will see the party travel east to west across Greenland. The first part of the expedition will take three weeks, and the group will travel on skis using wind kites, newswire NTB reports.

The second leg of the trip will see the group use kayaks along the coast, but the Crown Prince will not participate in this part of the expedition.

The purpose of the trip is to gain knowledge and insight into Arctic nature, undertake research and learn about polar history.

The annual state pension in Norway will increase by 4.12 percent on an annual basis, the Ministry of Labour and Social Inclusion announced Wednesday.

For those with the lowest state pension, this corresponds to an increase of around 600 kroner per month.

Several pension associations and pressure groups have said the increase isn’t enough. In contrast, the government have said the settlement is in line with parliament’s decision to ensure pensions are regulated in line with wage growth.

READ ALSO: Can you claim your Norwegian pension from another country?