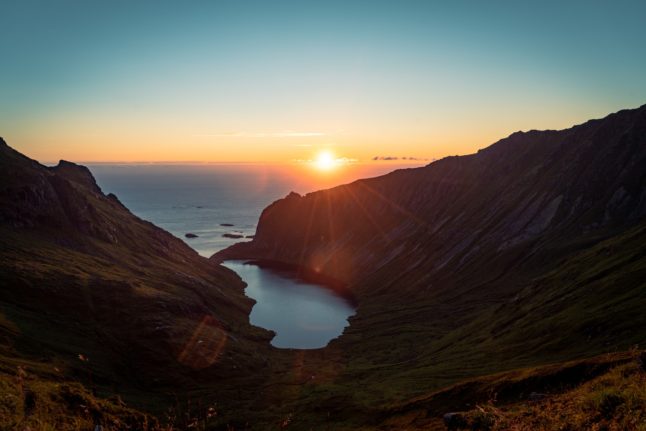 Read about the exploitation of Ukrainian refugees, the abuses of NAV employees and low water reservoirs in today's roundup of important news. Pictured is Lofoten. Photo by Fabian Jung on Unsplash

Norway’s serious crime agency, Kripos, has said it is very likely that criminals will look to exploit Ukrainian refugees sexually in an updated assessment.

The agency had previously said that it was likely that refugees would be exploited, but this has now been upgraded.

“The concern is the same. But in the last period, we have increased the assessment from that it should be likely to happen to, it (exploitation) will likely happen,” Emil Kofoed, head of the section for sexual offences at Kripos, told public broadcaster NRK.

Kofoed said that there had been a small number of incidents in relation to the number of refugees.

In Tromsø, a man in his 20s has been charged with raping a Ukrainian 17-year-old.

Oslo is getting water from its neighbours

The source of Oslo’s drinking water, Maridalsvannet, is running so low that the capital is getting water from its neighbouring municipalities to ensure a steady supply, newspaper VG reports.

Oslo Municipality was also restricting the water flow to the Akerselva by around a third to save water. However, the municipality has said that residents haven’t done the best job of following advice to try and save water.

Oslo has four levels for water-saving measures. The city is currently at level one. The reservoir is around 20 percent less full than it typically is at this time of year.

One in eight NAV employees has faced abuse

A survey among employees at the Norwegian Labour and Welfare Administration (NAV) revealed that 13 percent of workers have been subject to violence.

More than two-thirds said they had received abuse, with more than 10 percent being abused on more than ten occasions.

Last year two employees at a NAV in Bergen were attacked with a knife, one of the workers, Marianne Amundsen, died while her other colleague suffered injuries.

Norway said Thursday its sovereign wealth fund, the world’s largest, lost $74 billion during the first quarter of the year due to the market turmoil caused by the war in Ukraine.

The value of the fund’s equity assets, which account for just over 70 percent of the total, fell by 5.2 percent in the first three months of the
year. The bond portfolio, which accounts for a bit more than 26 percent overall, slumped 4.8 percent.