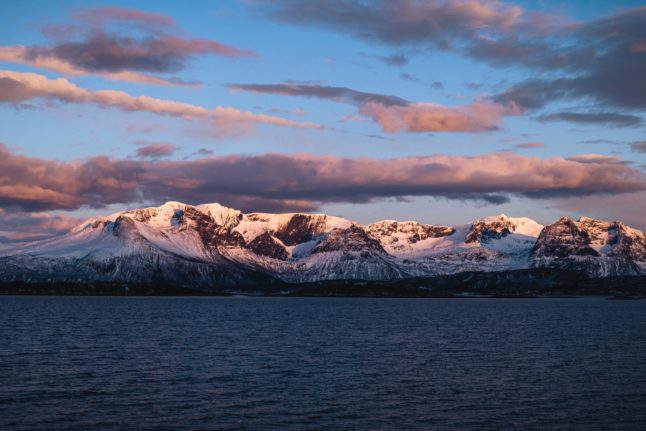 MDMA being trialled as a treatment for depression, the governemnt apologising to the LGBT community and a flight being diverted over a bomb threat are among today's stories from Norway. Pictured is Leinsefjord. Photo by Artem Shuba on Unsplash

The Norwegian government apologised to homosexuals on Wednesday ahead of the 50th anniversary of homosexuality in the Nordic country on Thursday.

“I would like to apologise on behalf of the Norwegian government for the fact that homosexual people have been treated as criminals and prosecuted by the Norwegian authorities,” Prime Minister Jonas Gahr Støre said during a public event held together with rights groups.

119 men were convicted between 1902 and 1950 for having sex with other men, under a paragraph of the country’s penal code that was removed on April 21st, 1972, according to the government.

“The law had a large symbolic value and meant that queer people were subjected to widespread condemnation, extensive discrimination, slander and blackmail,” the government said.

The government is looking at changes to the law that will reduce the power of major players in the supermarket industry to try and promote healthier competition.

Minister of Trade and Industry Jan Christian Vestre told public broadcaster NRK that he wants to make it easier for the Norwegian Competition Authority to investigate the grocery sector.

He has also tasked the head of the competition authority with assessing what the auditor needs to crack down harder on companies that lead to less competition in the market.

Flight between Oslo and Warsaw diverted over a bomb threat

Several media outlets have reported that a whizz air flight between Warsaw and Oslo had to be diverted due to a bomb threat.

The flight was diverted to Gdansk, and the airport was temporarily closed, broadcaster TV2 reports.

The threat turned out to be a hoax, officials in Poland said.

Norway to trial MDMA as a treatment for depression

MDMA will be tested as a potential treatment for depression by researchers in Norway, newspaper VG reports.

“I am interested in investigating whether there is anything that can help those who do not get better from existing medication,” Tom Morten Kvam, a psychiatrist leading the study, told VG.

The drug will be used in conjunction with therapy and will be the first study of its kind in the world, according to the paper.

“The purpose is to determine if the drug MDMA combined with psychotherapy is a safe and feasible treatment for depression. In addition to getting preliminary clues as to whether it has an effect,” Kvam said.

The study into the use of the drug, which is illegal in Norway, will initially start with 12 participants.