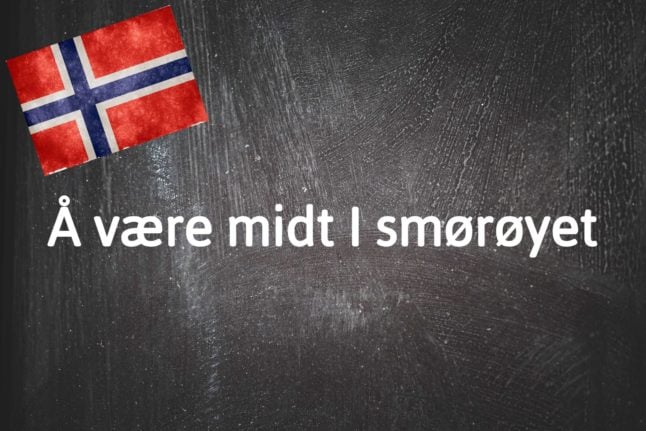 To be in the middle of the 'butter eye' means to be in a good location. Caption Photo by Francesco Ungaro on Unsplash / Nicolas Raymond/FlickR

Directly translated, it means “to be in the middle of the butter eye”, which won’t make any sense to anyone really when translated. There also aren’t many sayings in English that are similar.

It actually means for something to be in an excellent location. Similar to our last word of the day, matpakke, where we not only explained the packed lunch, but also pålegg, we are going to need a quick lesson on Norwegian cuisine to understand the saying fully.

To be in that spot is seen as being a good thing.

Locals will typically use the saying to refer to a central location or an area with a lot going on rather than any good spot. Therefore if you find a good camping spot, you might raise a few eyebrows if you say it’s in the butter’s eye.

Additionally, locals typically won’t use it to refer to a situation either, meaning if you are in the middle of something situationally or in the ‘thick of it’ to use an English saying, then it probably won’t work either.

(This hotel has a great location, it’s in the middle of the ‘butter eye’/ central location)