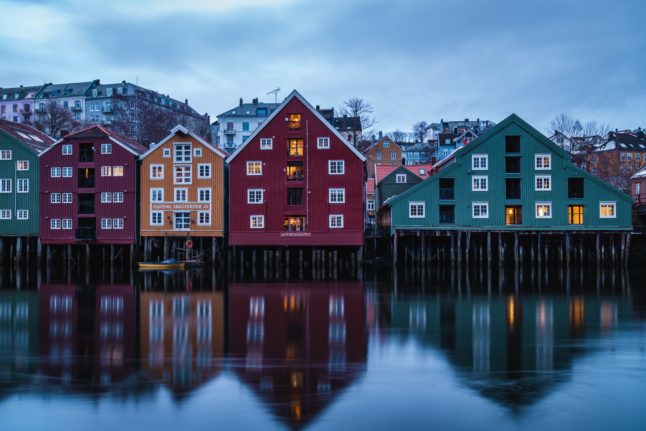 Read about UDI reception centres, the royal couple's Easter message, avalanche danger and Russian's using Kirkenes to travel in and out of their country. Pictured is Trondheim. Photo by Artem Shuba on Unsplash

The Norwegian Directorate of Immigration (UDI) is filling up one asylum centre each day, the directorate has said.

Last week between 257 and 512 applications were registered by the UDI each day, newspaper VG reports.

Each reception centre in Norway can house up to 200 to 300 refugees, meaning that a centre was filled more or less every day last week, according to Borghild Fløtre from the UDI.

10,753 Ukrainians have applied for asylum in Norway since February, of which 4,702 applications have been approved.

In recent weeks several reception centres in Norway have been under the spotlight for poor conditions, including mould, lack of internet, and lack of fridges and washing machines.

Russians are using Kirkenes to get in and out of their home country after sanctions have meant that flights between Russia and the west have stopped, newspaper VG reports.

For Russians who want to travel in and out of their homeland, Kirkenes is just one of two remaining viable options. The other is Istanbul, Aleksander Kotelnikov, who runs a taxi company that transports people between Kirkenes and Murmansk, told VG.

READ ALSO: What you need to know about Norway’s border with Russia

Tourism firms and ski guides have been asked to warn tourists about the danger of avalanches by the Norwegian Red Cross, newswire NTB reports.

The Red Cross has also created a leaflet with relevant information in Norwegian, English and French.

The warnings come after four people have died in avalanches in recent weeks.

Prince Haakon: ‘Touched and proud of volunteers’ efforts in the crisis’

The crown prince’s family has thanked everyone who has done their bit to help the victims of the war in Ukraine in their Easter message.

“We spend a special greeting to everyone, wondering if they can make a difference. You can. No one can do everything,” Crown Princess Metter-Marit said in a video on Instagram.

The royal couple thanked everyone who volunteered either due to the war in Ukraine, the pandemic or for something else in recent years.