OPINION: Norway, it's time to accept cabin trips are more stressful than we let on

Cabin trips are fantastic, but they come with more stress and effort than we'd all like to admit, writes Frazer Norwell.

It's the Easter holidays in Norway, and as many as 1.2 million Norwegians are expected to pack up their cars and head to the mountains, according to newswire NTB.

In recent years, thanks in part to the pandemic, Norway's love affair with the humble cabin has intensified thanks to flexible home offices and travel restrictions.

Demand, sales, and prices have soared over the last few years, giving a new meaning to the term cabin fever in Norway.

For the uninitiated, the cabin trip is one of the quintessential Norwegian experiences. It makes sense that a country with such an abundance of stunning scenery and love for the outdoors active lifestyle would have such a deep connection to the concept of the cabin trip.

READ MORE: Why Norwegians are so passionate about cabin retreats

Cabin trips are great, it's coming up to almost five years since my first trip to Aga in Hardanger, and you'll be hard-pressed to find anyone that doesn't see the appeal in Norway, both among the locals and international community.

The issue is that we've all been lying to ourselves a bit and we should come clean and admit that they are a lot more stressful and maybe not as quaint and charming as we'd all like to believe. 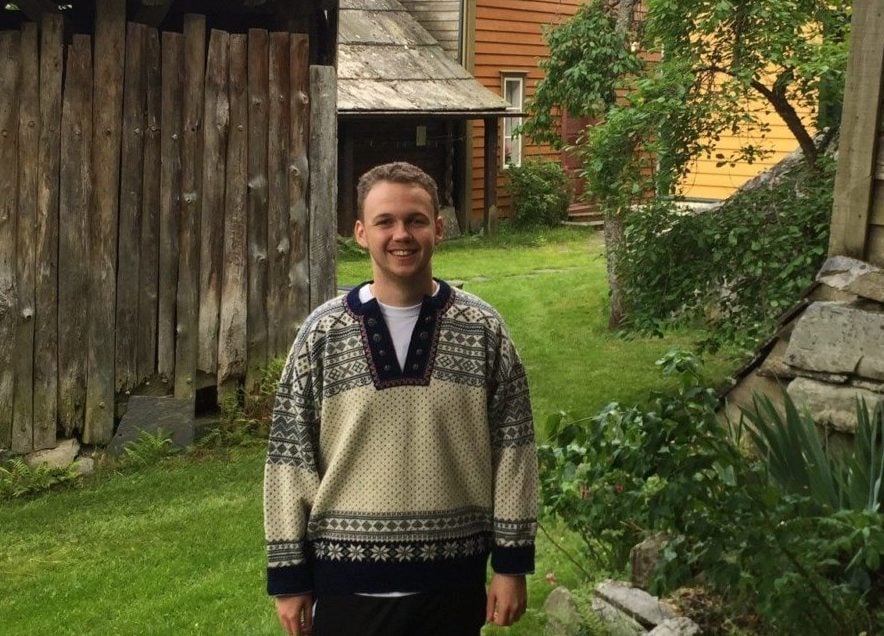 Cabin trips are great, but they also involve a lot of hassle, argues Frazer Norwell, pictured above on a cabin trip in Hardanger almost five years ago. Picture: Frazer Norwell/ The Local.

The romanticisation of cabin trips paints the process as exceedingly simple. You load up the car at a whim, head out of the city and hole up in the mountains with your loved ones, wearing hyttegenser, playing board games, bonding with one another while escaping the stresses of modern life.

You'll feel, free, relaxed, and unconcerned with the troubles of day-to-day life. This feeling is unrivalled once you get to that point, but so much stress, thinking and preparation goes into making it happen, you'll wonder whether it's all worth it.

Getting to the cabin is easier said than done, especially during Easter. You'll spend half a week stressing over what the traffic will be like, whether everything is packed, and what to pack.

Then there are the other practicalities that the depiction of the easy-going cabin lifestyle tends to overlook, too, such as emptying and cleaning out your fridge before you leave and wondering whether you've packed enough food or toilet rolls as the nearest store will be 45 minutes away.

Even then, there are more existential worries to consider. Cabins are big business in Norway, and the price for one in a popular area is fast approaching what it would cost for a small flat in Oslo or Bergen. So some may be left wondering whether they are using it enough for it to be a worthwhile investment.

The cost to rent the cabin for a week can come close to the price of a holiday abroad. However, it would be more than fair to argue one that a cabin is a much more eco-friendly option, and two, they help boost local economies.

As an example, cabin tourists contribute 1.8 billion kroner every year to the local economy of one of Norway's most popular destinations, Hemsedal, managing director of the town's tourism board, Richard Taraldsen, told The Local previously when describing their importance to the village.

Even once the existential and logistic concerns have been addressed, there's the cabin trip itself. Many won't admit it, but we've all fretted over who we'll be sharing the cabin with, and whether you can pretend to enjoy their company for more than 45 minutes while being expected to play the same board game with missing pieces over and over again.

It's not just the people you'll be spending time with inside the cabin that you might find hard work; you may, like me (a natural curmudgeon), want to go out of your way to avoid other "cabin people".

Much like how many dread bumping into people of the same nationality on holiday, those on a cabin trip tend to avoid their fellow cabin dwellers.

There are two reasons for this. Firstly, there can be a bit of a caricature of the typical cabin family. They pull up in their Tesla's, the fathers with the Oakley sunglasses and headbands that never get taken off, even indoors, the kids, ungrateful and glued to their screens and the mothers, who wear their Moon Boots well into May, also wearing a constant pout on their face.

It's a stereotype that most nice, pleasant cabin owning families are unfairly slapped with by locals in parts of Norway where cabin owners outnumber the locals during peak times.

The second reason for wanting to avoid others on a cabin trip is that it can ruin your own experiences and perception of what makes a cabin trip special.

The memories you make on a cabin trip, the remoteness of your surroundings, the laughs and jokes you share over a board game while accusations over whose cheating bounce off the walls, are a part of what makes a rural getaway in Norway feel special, and ultimately, unique to you. 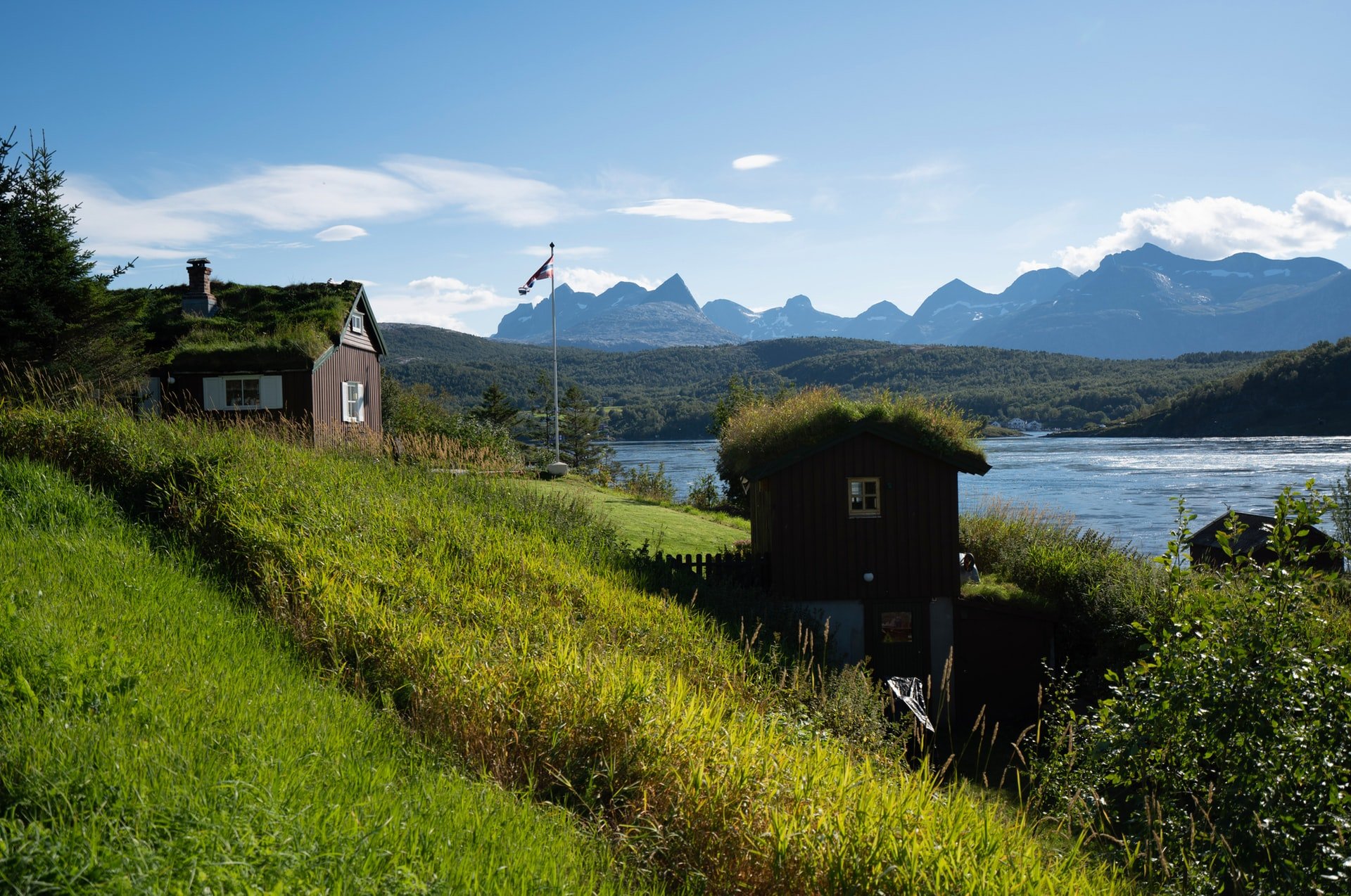 Pictured is a cabin in Bodø. Photo by Secret Travel Guide on Unsplash

Seeing so many others on the same trip can almost threaten what makes such a personal-feeling experience so special in the first place, similar to reaching the top of Trolltunga and seeing a queue of other tourists waiting for a picture.

Still, for so many, myself included, once you step through the threshold, finally get the place warm, and unpack your bags, you'll eventually feel at ease. Then after you've thrown together dinner, fished out the mismatched cutlery, set up an out of office email, the magic of the cabin trip will start to rub off on you.

After the driving, organising, shopping, packing, scrutinising the guest list and doing mental gymnastics to justify the cost, you'll soon realise why the country getaway is one of the great Norwegian pastimes.

With all that being said, maybe it's time we stopped pretending that the cabin trip, as infinitely enjoyable as it is, is easy to throw together and start appreciating the hard work that goes into making it such a fantastic time and recognise that it adds to the experience.