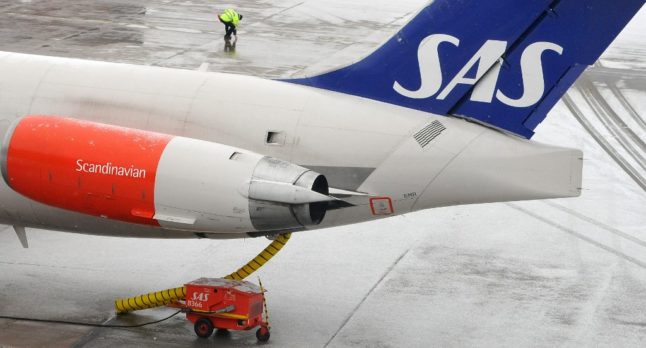 Read about the Ukrainian president speaking to Norway's parliament, SAS pilots potentially going on strike, the PM saying no to a fuel tax cut and more in today's roundup. File Photo: An MD-82 aircraft from the Scandinavian airline SAS. Photo by: Janerik Henriksson / Scanpix Sweden/ AFP.

Norwegian Prime Minister Jonas Gahr Støre has said no to a potential cut on fuel tax in Norway amid fluctuating prices.

Due to the war in Ukraine, petrol and diesel prices in Norway have fluctuated between 26 and 18 kroner over the last few weeks. However, Støre said the government was unlikely to cut fuel tax as it had already put a large amount of focus and effort into reducing people’s energy bills, which made up a more significant proportion of household spending.

“I understand that it is an increase (in costs), especially for those who work in the transport industry and those who drive far, which is a burden. But if you look at the average load for most families, it is a much lower share of the household budget than, for example, electricity. Therefore, we have chosen to implement the support measures in those areas,” Støre told newspaper VG.

Pilots for airline SAS have broken off wage negotiations with the airline and could go on strike, business and financial publication E24 reports.

On Tuesday, the pilot associations in Norway, Denmark and Sweden broke off negotiations on wages with SAS. The current collective agreement expires on March 31st.

The breakdown in talks comes almost three years after pilots last went on strike and shortly after the airline announced a crisis plan in February to cut costs.

Prior to Zelensky, only three foreign leaders have ever given talks in the Storting.

In recent weeks, the Ukrainian president has given speeches to representatives in several western countries, including Sweden, Denmark, Germany and the United States.

Issues with passports and ID cards

Thales, the company which produces Norwegian passports and ID cards, has been summoned by the government as it is struggling to meet production targets.

The issues are being caused by a shortage of raw materials and an increased error rate. This means long waiting times for those who have sent off for a new passport.

The UK Defence Secretary, Ben Wallace, has said the UK would increase its presence in the Arctic by having a Marine strike group “permanently active” in the Arctic.

Wallace’s Norwegian counterpart Odd Roger Enoksen said that his country, as a member of NATO but also a neighbour of Russia, “wants more allied activity up North”.

He further noted, “The UK is our most important ally in Europe.”