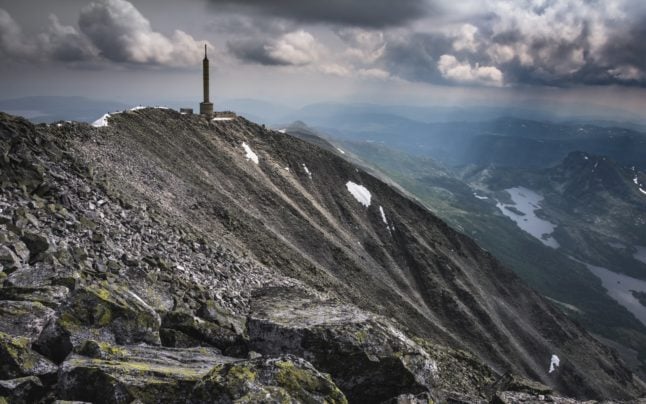 Read about the bodies of four US marines killed in an aircraft crash in Norway being recovered, an earthquake in western Norway and more in today's roundup of important news. Pictured is Rjukan. Photo by Marek Piwnicki on Unsplash

On Monday morning at around 06:33am, an earthquake was registered in the North Sea between Stad and the Faroe Islands.

According to the Norwegian National Seismic Network, the earthquake was measured at 4.4 on the magnitude scale.

Earthquakes of such magnitude are rare in Norway and only occur every ten years or so in western parts of the country, Lars Ottemoller, professor of seismology at the University of Bergen, told local newspaper Bergens Tidende.

Ottemoller added that earthquakes of such magnitude are not dangerous for those on land.

Several residents in western Norway said they felt the quake this morning.

“I was laying in bed asleep and noticed the glass was rattling, and it rumbled for a while. I thought it might have been a rockslide, but also then thought of an earthquake,” one resident in western Norway told public broadcaster NRK.

Bodies of four US marines recovered after aircraft crash in Norway

The bodies of four US marines killed when their plane crashed during NATO exercises in Norway have been retrieved, Norway’s defence ministry said Sunday.

A Norwegian Sea King rescue helicopter found the bodies at the accident site south of Bodo in northern Norway, where their V-22B Osprey aircraft belonging to the US Marine Corps was reported missing on Friday evening.

The ministry said the bodies would be brought to Bodo prior to transportation to the United States.

It added the plane went down just south of Bodo during a training mission as part of Cold Response military exercises involving 30,000 troops from NATO and partner countries.

An investigation has been opened into the crash amid first indications the aircraft hit a mountain.

A superyacht belonging to an oligarch linked to Russian President Vladimir Putin, which had been unable to leave a port in Narvik as local suppliers refused to refuel it, has been refuelled and will leave Norway on Tuesday.

The Ragnar, owned by Russian oligarch Vladimir Strzhalkovsky, a former KGB agent who has long been linked to Russian President Vladimir Putin, has been moored in Narvik for over a month.

READ MORE: Russian oligarch’s superyacht stuck in Norway as no one will refuel it

Over the weekend, a provider from Alta agreed to deliver diesel to the vessel, NRK reports.

The Norwegian government said it is expecting as many as 35,000 refugees to arrive in Norway in 2022. The government has introduced several special rules for Ukrainian refugees, such as introducing

The most significant of these measures is the introduction of temporary collective protection for Ukrainians.

Typically, each asylum application is assessed individually, based on the specifics of the applicant’s situation. However, collective protection grants asylum to an entire group of people, in this case, Ukrainians. The last time the government did this was in the 1990s for those fleeing from Kosovo.