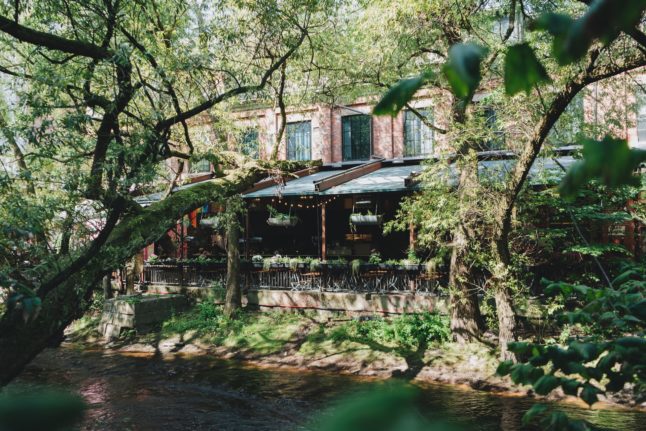 It will soon be time for the first utepils of the year if you haven't had one already. Pictured is a café along the Akerselva river in Oslo. Photo by Nick Night on Unsplash

An utepils is a beer that is drank outside. However, an utepils isn’t just any beer drank outside. Utepils actually means a beer enjoyed while sitting out in the sun, either in a beer garden or outdoor seating area of a bar, restaurant or café.

An utepils can also be enjoyed while out on a hike or while taking a break on the slopes. Skiing while inebriated isn’t encouraged, however.

If you’re having a beer while outside and the sun isn’t out, and you’re sitting there with your teeth chattering or soaked through from rain, then it probably doesn’t qualify as an utepils.

Beyond learning a new colloquialism that’ll help you sound more like a local when talking the lingo, understanding the word also gives you a better understanding of the Norwegian mentality.

READ MORE: Nine great things to do in Norway in Spring 2022

The concept of utepils is also an example of Norwegians’ love for nature and the belief that the best things in life are enjoyed outside.

(It’s great weather for a beer outside)

(I had my first utepils of the year this weekend)

(You want to join me outside for a beer?)