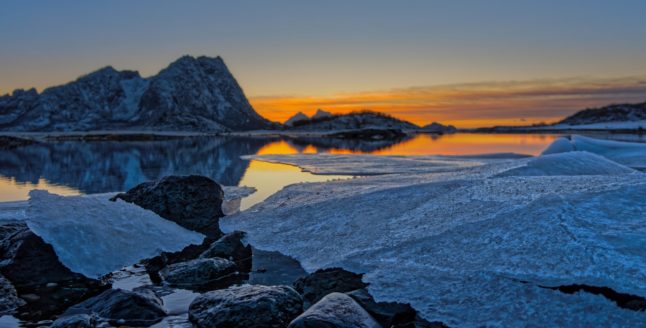 All remaining Covid travel rules have been lifted for passengers entering the UK. Restrictions had already been removed for vaccinated travellers.

The UK has also scrapped passenger locator forms. The government said the change had been made deliberately in time for the Easter holidays.

“We will continue monitoring and tracking potential new variants and keep a reserve of measures which can be rapidly deployed if needed to keep us safe,” said UK Health Minister Sajid Javid.

The UK has lifted all Covid-related rules, including mask rules and mandatory self-isolation if you test positive for Covid.

Støre to offer update on Ukraine

Prime Minister Jonas Gahr Støre will report to parliament with an update on the war in Ukraine. Following the statement, the government will hold a press conference where it will announce a crisis package to deal with the consequences of the war in Ukraine, newswire NTB has reported.

Homeowners and borrowers in Norway should brace themselves for as many as four interest rate hikes in 2022, according to Statistics Norway.

“Our forecasts estimate a growth in mainland Norway’s GDP of 3.6 per cent this year, before declining to around 2 per cent for the rest of the forecast period. Growth has been somewhat downgraded compared with the forecasts from December. This is due to the Omikron outbreak and the war in Ukraine,” Thomas Von Brasch from Statistics Norway said.

Next year the data collection firm expects a single interest rate rise. This means interest rates will rise to 1.75 percent by 2023.

READ MORE: What rising interest rates in Norway mean for you

Over the last 24 hours, the Norwegian Institute of Public Health (NIPH) have registered 4,175 Covid-19 infections in Norway. Following a change to the testing system on January 25th, fewer cases are reported than before this date.

The figure for Thursday is 3,195 infections fewer than the same day the week before. Yesterday, there were 524 patients in hospital with Covid-19, 12 fewer than on Wednesday. In addition, 45 patients were in intensive care, and 22 used a ventilator.

Over the last seven days, an average of 4,453 corona infections have been registered per day.