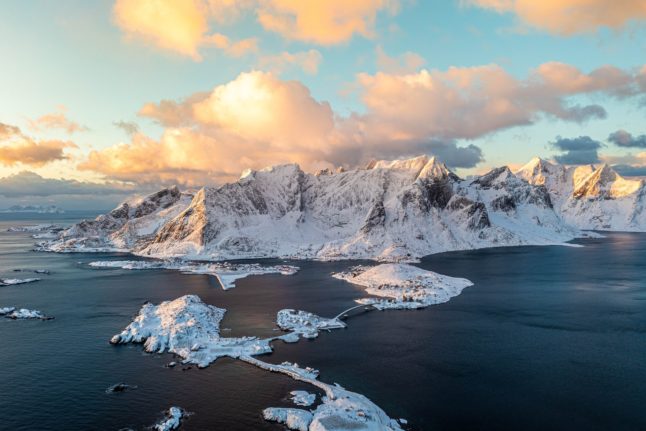 Read about the Omicron infections peaking, Oslo Municipality preparing for an influx of refugees and more in today's roundup of important. Pictured is Lofoten. Photo by Graham Pengelly on Unsplash

NIPH says Norway may have passed the peak of Omicron wave

The Norwegian Institute of Public Health (NIPH) has said that the current wave of Omicron infection has probably peaked.

“There are many factors that indicate that the peak of infection is over, and now we also see it in the hospitalisation figures. The same applies to the figures for hospitalised people in intensive care, which are declining cautiously,” Forland added.

On Wednesday, 536 patients in Norwegian hospitals had tested positive for Covid-19, a decrease of 102 compared to the peak recorded last week.

Oslo preparing to take up to 10,000 Ukrainian refugees

Oslo Municipality is preparing to accommodate up to 10,000 refugees fleeing war in Ukraine but will need to increase its capacity to process refugees fivefold in order to do so.

The figures come from a document sent by the City Council Department for Upbringing and Knowledge to the Education Agency, which was obtained by Oslo based paper Avisa Oslo.

READ MORE: How can people in Norway help Ukraine?

It is estimated that many of these refugees will be children and young people.

The municipality said that it currently only had a capacity for around 2,000 refugees.

Banking group DNB will acquire competitor Sbanken after the Competition Appeals Board gave DNB the greenlight to purchase Sbnaken.

The Norwegian Competition Authority initially rejected the purchase. The Homeowners Association has said DNB acquiring Sbanken was a “bad day for the country’s consumers”.

READ ALSO: What are the best banks for foreigners in Norway?

“This is a bad day for all the country’s consumers and everyone who wants the best possible competition,” the general secretary of the association, Morten Andreas Meyer, said on the Homeowner Association’s website.

On Wednesday, 4,759 new cases of Covid-19 were recorded, 3,125 fewer than the same day the week before, which indicates a declining infection trend.

536 patients were in hospital with Covid-19, 42 fewer than the day before. Of those patients in hospital, 47 were in intensive care, and 24 were on ventilators.