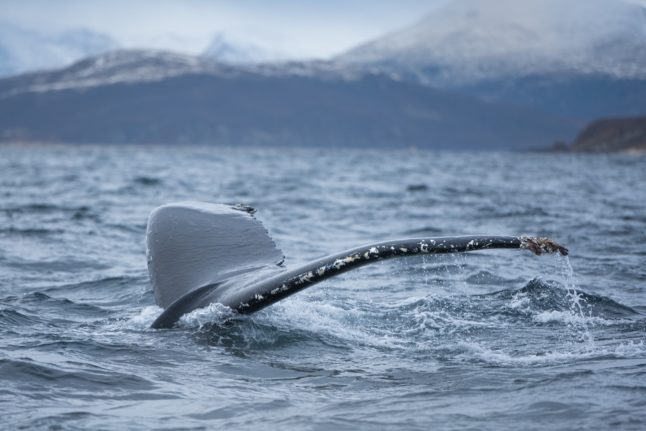 Read about new asylum rules for Ukrainian refugees, costlier building materials and more in today's roundup of important news. Pictured is a humpback whale in Norwegian waters. Photo by Felix Rottmann on Unsplash

Construction product chains have said customers should prepare themselves for higher prices from next month, with the cost of certain products becoming 20 percent more expensive.

The reason for the price hikes is the war in Russia means firms are no longer purchasing products from Russia or Belarus, which are major producers of lumber based products.

READ MORE: How will the war in Ukraine impact the cost of living in Norway?

“Then these (products) must be obtained from other markets. There will be greater demand, and the price may increase,” Pål Erichsen, director at building supplies firm Optimera, told public broadcaster NRK.

“The market will probably reach the highest price level we have seen in the last five years,” he said.

A fire in a nine-storey apartment block in Drammen, south-east Norway, has left 300 residents homeless.

“I cannot say anything for certain, but the building itself is probably uninhabitable as a result of the large fire and water volumes that pull down the floors as a result of firefighting work,” Anders Hæg, from the local fire service, told local paper Drammens Tidende.

“When we said we wanted to start exiting the (Russian joint venture), we also stopped from that date trading with Russian oil,” he told Reuters.

At the end of February, the firm announced that it had decided to halt new investments in the country. The firm has been in Russia for more than 30 years and entered a cooperation agreement with Rosneft in 2012.

Typically a refugee’s request for asylum will be assessed individually. The new rules will grant all Ukrainians who arrive in Norway and can document they are from Ukraine asylum.

The last time collective asylum was granted to nationals from one country was for Kosovans in the 90s.

In addition to the collective asylum, Norway has opted to allow all Ukrainians with a biometric passport to travel to Norway without a Visa.

They have also suspended deportation to Ukraine until further notice and have allowed Ukrainians in Norway to remain in Norway indefinitely, even if their residence has expired.