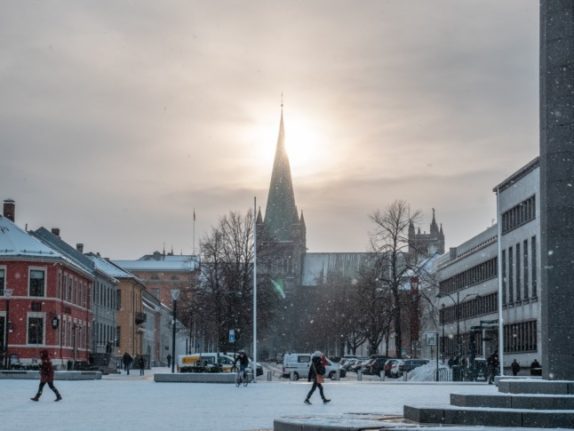 Read about immigration authorities increasing their capacity to process refugees and Hadia Tajik resigning from her role as Labour Party deputy leader in today's roundup. Pictured is Trondheim. Photo by robin mikalsen on Unsplash

Hadia Tajik has stepped down from her role as Labour deputy leader days after leaving her ministerial post over a commuter housing scandal.

She has been engulfed in the scandal since the end of February, when it was revealed that she received tax-free commuter housing between 2006 and 2010 on the basis of a rental contract that was never enforced.

She received the tax exemption because she said she was renting a studio from her parent’s neighbours, with the lease making her exempt from being taxed on the commuter home. However, she never lived in the property or paid rent.

She will continue to serve as an MP for Rogaland.

The Norwegian Directorate of Immigration (UDI) will use the Scandic Helsfyr hotel in Oslo to accommodate Ukrainian refugees.

The UDI was currently processing around 700 refugees at the national centre for asylum seekers in Viken County.

READ ALSO: Norway prepares for influx of refugees from Ukraine

Despite having the capacity to accommodate more refugees at the national centre, the UDI will use the hotel as the facilities are better, and they expect more arrivals in the coming days.

The number of public shelters in Norway hasn’t increased over the previous 20 years, with there only being capacity for 2.5 million people across the country.

In 1998, the requirement for all public builders to include a shelter was removed, meaning no more have been built over the last 24 years.

Erik Furevik from the Midtre Hålogalaand civil defence district told public broadcaster NRK that he had received an increasing number of inquiries from those who want to find out about their nearest shelter in recent days.

Absence levels due to sickness in Norway at the end of last year was 6.8 percent, the highest level since 2009.

“Sick leave in Norway continues to increase, and, in the previous quarter, it was the highest since 2009 – a year marked by swine flu and the financial crisis. Much of the increase can be explained by corona infection,” Head of statistics at the Norwegian Labour and Welfare Administration (NAV), Ulf Andersen, stated on NAV’s website.

The stats only include sick leave that doctors sign off on. Figures also found that sick leave was higher among women than men.