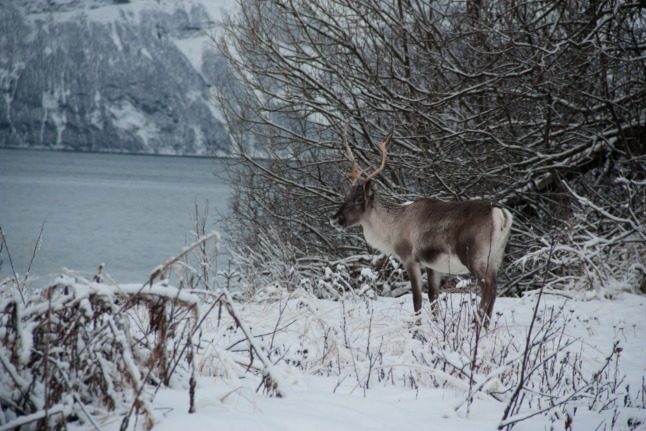 Read about a reindeer grazing crisis, the latest reaction to the war in Ukraine and a ministerial crisis. Pictured is a Reindeer in Lyngen, northern Norway. Photo by Julien Chatelain on Unsplash

Labour deputy leader Hadia Tajik resigned from her role as Minister of Labour and Social Inclusion on Wednesday in the wake of a housing scandal.

Labour Party deputy leader Hadia Tajik has resigned after it was revealed that she received tax-free commuter housing between 2006 and 2010 on the basis of a rental contract that was never enforced.

“I’m sorry I made a mistake and have disappointed many. I apologise for that. I’m sorry I did not handle it better before. It is my fault,” she said at a press conference.

She received the tax exemption because she said she was renting a studio from her parent’s neighbours, with the lease making her exempt from being taxed on the commuter home.

However, she never lived in the studio or paid rent for the property, newspaper VG reports.

Around 160,000 reindeer have been affected by a lack of quality grazing areas this year with herders forced to use supplementary feed.

Lots of ice and hard-packed snow make it difficult for the reindeer to graze naturally, meaning some herders in Troms og Finnmark have abandoned their winter grazing areas to go to their summer ones.

A crisis has been identified in 22 grazing districts.

If herders are continually forced to supplement reindeers’ diets, it can alter their behaviour, meaning the animal doesn’t graze properly, even in years where there isn’t a crisis.

On Wednesday, Norway began receiving the first requests from other countries to help resettle refugees fleeing war in Ukraine.

“We have received the first request for assistance from Moldova for assistance to settle refugees who come there. There is a lot of pressure on neighbouring countries. This is an inquiry we will work with the other European countries to resolve,” Minister of Justice Emilie Engher Mehl told newspaper VG.

Immigration authorities have begun preparing to increase their capacity to receive refugees. However, Mehl said she was unsure how many refugees would come to Norway.

READ MORE: Norway prepares for influx of refugees from Ukraine

“It is too early to quantify how many will come here. We must work with the other European countries to find out. But Norway is prepared for this,” she said

On Wednesday, there were 598 Covid-19 patients in Norwegian hospitals, the highest number recorded throughout the pandemic so far.

Of those patients in hospital, 46 were in intensive care. In addition, 19 patients were on ventilators.