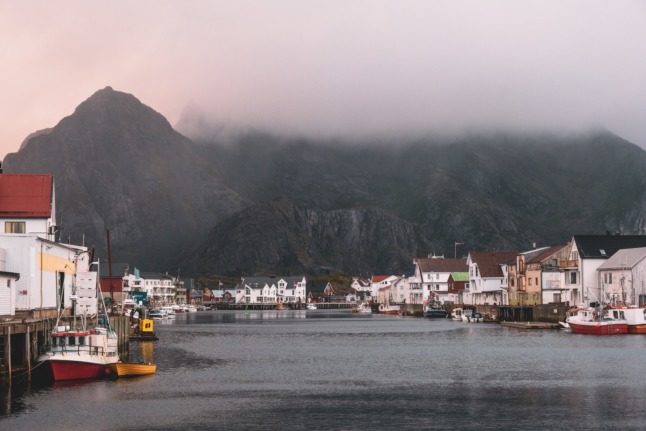 Read about Norway working hard to increase its capacity for refugees, increased fines for using your phone at the wheel and more in today's roundup of important news. Pictured is Henningsvær. Photo by Error 420 📷 on Unsplash

Norway’s Minister of Justice Emilie Enger Mehl and the Norwegian Directorate of Immigration director, Frode Forfang, have said that Norway can receive up to 1,000 refugees with a day’s notice and is working to increase this capacity further.

“Norway is prepared to take responsibility and provide protection to people on the run. We have been working the last few days intensely. As of now, we do not know how big the arrival will be, but it can change quickly,” Mehl told newspaper VG.

READ ALSO: How can people in Norway help Ukraine?

“Norway will assist countries that request it. We are prepared for an increase, and there may also be refugees who come on their own,” she added.

If it (an influx of refugees) came tomorrow, we would manage 1,000 (arrivals) without doing anything extraordinary. But we are in the process of building up and expanding the capacity, and we are now preparing a much larger capacity than we have at the moment,” Frode Forfang, director of the UDI, told VG.

The UN has said that around 660,000 people have fled Ukraine over the last week.

Fines for being caught using your mobile while driving go up

The cost of a fine for being caught using your mobile has been increased from 5,000 kroner to 7,450 kroner and three points on your licence.

The penalty rate for being caught on your phone has now been increased for the second time in just over a year. At the beginning of 2021, the fine was increased from 1,700 to 5,000 kroner plus three points.

If you accumulate more than eight points in three years, your licence will be taken away for six months.

The country’s gross national income has increased by 788 billion, an increase of 22.2 percent, figures from Statistics Norway have revealed.

The strong growth was due to a rise in the price of oil and gas.

According to the firm, five types of vodka have been removed as a result.

The country’s state-owned wine monopoly also opened the door to pulling Russian products from its shelves if it was recommended to do so by the authorities.

“If there is a recommendation not to sell Russian products, we will, of course, stop such sales,” communications director Halvor Bing Lorentzen said in a press release.