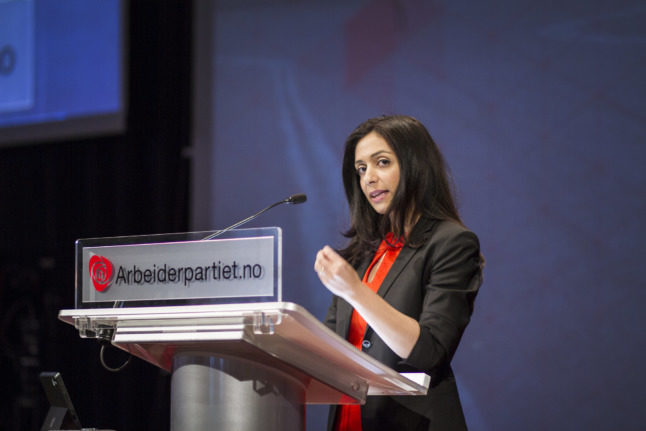 Hadia Tajik, pictured speaking in a file photo, resigned from her ministerial role over a commuter housing scandal. Photo by Arbeiderpartiet on Flickr.

Labour Party deputy leader Hadia Tajik has resigned after it was revealed that she received tax-free commuter housing between 2006 and 2010 on the basis of a rental contract that was never enforced.

“I’m sorry I made a mistake and have disappointed many. I apologise for that. I’m sorry I did not handle it better before. It is my fault,” she said at a press conference.

She received the tax exemption because she said she was renting a studio from her parent’s neighbours, with the lease making her exempt from being taxed on the commuter home.

However, she never lived in the studio or paid rent for the property, newspaper VG reports.

Tajik had claimed that she was entitled to tax-free commuter housing as she had housing expenses while living at home with her parents in Rogaland.

She has said that she will pay back any tax owed and will continue serving in parliament as an MP for Rogaland as well as remaining in the post of Labour Party deputy leader.

Under certain conditions, MPs in Norway can receive housing covered by the state if they do not live close to parliament.

“As Hadia has said, she sees that she has made several mistakes related to the fact that she had tax-free commuter housing. I trust Hadia and believe her story, but I agree with her decision,” Støre told news wire NTB.