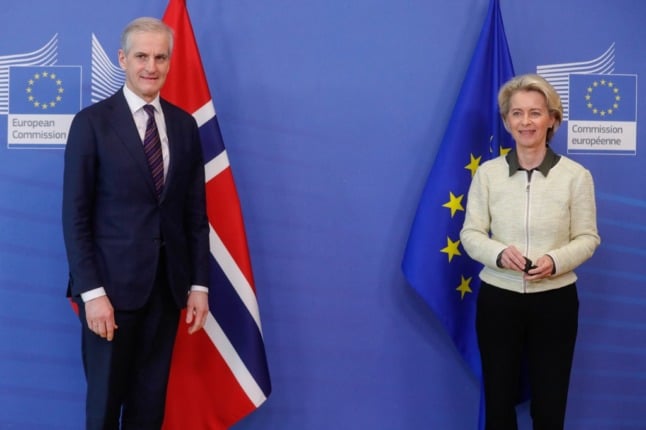 Norway and the European Economic Community

Several times over the past 60 plus years, Norway has flirted with the idea of being a member of either the European Economic Community (EEC) or the European Union (EU). However, on every occasion, this has been met with firm opposition.

The country’s relationship with Europe dates back to the 60s, where its applications to join the EEC were done so reluctantly, according to Lise Rye, Professor of Contemporary European History at the Norwegian University of Science and Technology (NTNU).

“Norway started out as a reluctant European, in the sense that it only applied for membership of the EEC in the 1960s because Great Britain did. I have never seen any evidence that suggests that Norway would have approached the EEC on her own,” Professor Rye explained to The Local.

The Norwegian government applied for membership twice in the 60s. Both applications ultimately led to nowhere. The negotiations were suspended both times when French President Charles De Gaulle vetoed the UK’s membership application.

At the time, the main argument for joining was for Norway to secure access to the country’s most important markets.

In 1972 Norway would have another chance to join, although this time it would be subject to a referendum. A majority of 53.5 percent voted against membership. What makes this result significant, according to Rye, is that Norway had not yet discovered oil in the North Sea, making it more of a cultural or ideological rejection compared to the result of the second referendum two decades later.

As the years went on, the country would remain split, albeit with a narrow “no” majority, on whether it should join Europe. Rye noted, though, that in the early 2000s, there was a slim majority in favour of EU membership when interest rates in Norway were high.

“EU membership has always been contested in Norway and is a question that has divided the population in two, almost equal, parts,” Rye said about the public’s perception of the EU over the years.

Why hasn’t Norway joined the EU?

By the time the second referendum came about, Norway had discovered vast oil reserves in the North Sea, making it one of the wealthiest nations on earth, meaning it could afford to remain outside the EU.

READ ALSO: Why is Norway such a wealthy nation?

Another reason why the country opted for EEA membership but turned down the chance to join the EU was due to being able to access the EU internal market without sacrificing its sovereignty to the EU.

“The EEA Agreement appeared as an option that would enable Norway to benefit from free and equal access to the EU internal market, without having to surrender parts of its sovereignty to the EU,” Rye explained.

Rye added that the EEA had benefitted Norwegian businesses by offering them predictability. The agreement also gave Norwegian citizens free movement across the EEA. However, the main advantage of EEA membership might be that it is a compromise.

“Perhaps the main benefit is that the EEA Agreement, as a compromise solution, has kept both opponents and proponents of full membership relatively happy, or equally dissatisfied,” Rye said.

Although, the EEA Agreement has come with some drawbacks.

“The major drawback of the EEA Agreement is that while from a formal perspective, it keeps Norwegian sovereignty in regards to the EU intact, the reality is that it works in ways that are detrimental to Norwegian democracy. We do not have a seat at the table where EEA legislation is adopted. We do not have the same possibility to hold decision-makers accountable as citizens of EU member states do,” Rye explained.

Could Norway join the EU in the future?

Despite turning down the chance to join the EU twice, Norway and the EU have a reasonably close relationship.

The EU is one of Norway’s most important trading partners, and Norway is the EU’s eight-largest trading partner. Norway also participates in many of Europe’s programmes, such as Europol and the European Defence Agency.

This relationship could become even closer still, according to Rye.

“I believe the current situation, where countries are turning their back on international law, and where competition between major players is becoming more fierce, is likely to result in an even closer relationship between Norway and the EU,” she said.

The closeness of this relationship has come under scrutiny from some, though.

“Norway’s relationship with the EU has become much more comprehensive than anyone envisaged back in 1992. Today, many Norwegians hold, and with good reason, I believe, that Norway’s cooperation with the EU exceeds the mandate that Parliament gave in 1992,” the professor said.

Nevertheless, despite the likelihood of Norway’s relationship with the EU becoming closer, it still seems unlikely that Norway would become a fully-fledged member in the future.

“A crisis,” Rye said when asked what it would take for Norway to join the EU.

The government will replace the VAT exemption for electric cars with a subsidy scheme. This means that electric cars that cost over 500,000 kroner will be subject to VAT, while EVs that cost less will be exempt from VAT.

The government has said the cost of buying an EV with a sticker price of 600,000 would become 25,000 kroner more expensive.

An EV costing more than a million kroner will become 125,000 kroner pricier, according to the government’s proposals.

“If you can afford to buy a car for 1.7 million, it is only fair and reasonable that you also pay VAT,” Finance Minister Trygve Slagsvold Vedum said of the announcement.

The scheme will come into effect next year.

All ferry journeys on routes with less than 100,00 passengers will be free from July 1st. This is likely to make around 30 of Norway’s 130 connections completely free of charge.

The free trips will apply to local residents, tourists and other travellers.

READ MORE: Why some ferry routes in Norway will be completely free this summer

The funding will make the comparison site better so that both spot price and fixed price customers can get the best energy deal available and save money.

The government has written in its revised national budget that it expects high energy prices to continue.

Tax revenues from the power companies will be used to cover the expenses of the electricity subsidy scheme, which sees the government pick up 80 percent of energy bills when the spot prices rise above a certain amount.

Loan and mortgage repayments could go up more quickly than anticipated due to increased oil spending, business and financial site E24 reports.

In the revised budget, the government has said that it plans on spending 30 billion more of revenue from the oil fund than previously expected.

“I think this is a somewhat more expansive use of money than Norges Bank (Norway’s central bank) had envisioned, and in that sense, I think that in isolation, it could contribute to a higher interest rate path, not strongly, but somewhat higher,” Kjersti Haugland, chief economist at DNB, told E24.

Counties will be split up to improve local services

Viken will be divided into Akerhus, Buskerud and Østfold. Vestfold og Telemark will be split into two, as will Troms og Finnamrk.

If parliament can make a final decision before the summer, the division will take place from January 1st 2024.

The government wants to split the counties to improve the availability of local services in these areas, according to a press release from the Ministry of Local Government.

Air passenger tax scrapped for the rest of the year

The air passenger tax, which was shelved for the last few years, will also be frozen until the end of the year.

Cut in support for public transport

The government will be cutting its support scheme for public transport firms hit by a loss of income related to the pandemic from July 1st.

For consumers, this means that some firms will cut the routes they offer due to the funding ending.

Ruter has said that it is already cutting the number of routes from July 4th as passenger numbers are not back to pre-pandemic levels.Routes could also be cut in Oslo and Viken.