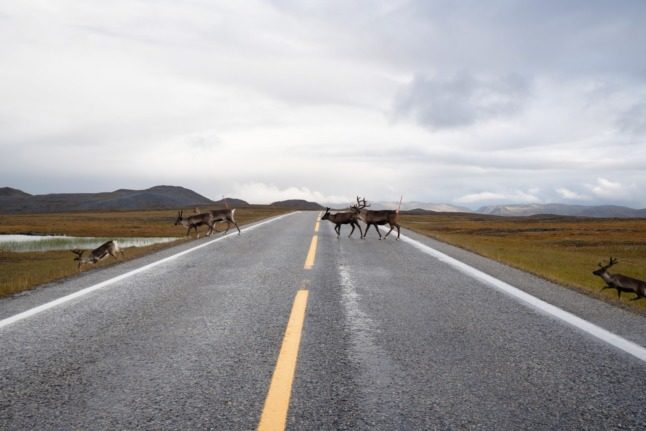 Read about what's happening in Norway on Monday with The Local's short roundup of important news. Pictured are reindeer in Toms og Finnamrk. Photo by Secret Travel Guide on Unsplash

Norway will freeze the Government Pension Fund’s (oil fund) investments in Russia and has begun the process of withdrawing assets from the country over time, Prime Minister Jonas Gahr Støre announced Sunday.

At the turn of the year, Norway invested 25 billion kroner into the Russian market. The government will send a letter to Norway’s central bank, Norges Bank, to immediately freeze all funds in Russia.

The decision to withdraw oil fund investments is a response to Russia’s invasion of Ukraine and is part of a string of sanctions imposed in response to the war in Ukraine.

On Sunday, the government decided to send military equipment but stopped short of providing weapons.

“There is definitely room for assessment. There were new meetings yesterday afternoon and evening. We will have meetings today. If we do this, we must do it thoroughly and properly. We will act quickly but will not rush,” Pettersson said.

“We must make sure that we have broad support,” the state secretary added.

Some Norwegian companies fear that economic sanctions against Russia will harm business.

Klimek, which is a shipyard in Kirkenes, northern Norway, gets a large amount of its turnover from Russian customers who fish in the Barents Sea.

“I am worried that sanctions will be initiated that affect people they were not meant to affect. There are two groups of people suffering from this conflict, including the Russians (who oppose the conflict). We must be careful not to blame them. The question is also what counter-sanctions are implemented from the Russian side,” Greger Mannsverk, director of Kimek, told newspaper VG.

Ministry of Foreign Affairs advises against all travel to Russia

Closed airspace over Europe is set to make it travel to and from the country, and the ministry says that several travellers have already been affected by the situation.