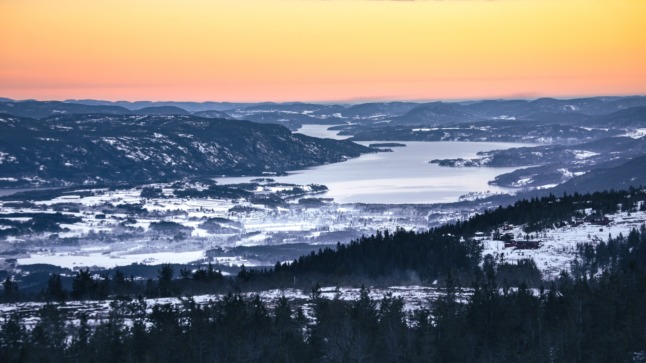 Read about the latest reaction to Russia's invasion of Ukraine, a debate over electric bikes and the dissolution of Viken county in today's roundup of important news. Pictured is Norway's skyline. Photo by Marek Piwnicki on Unsplash

“For Norway, the threat picture is unchanged. People here at home should feel safe. There is no indication that we are facing an increased threat in the north,” Eirik Kristoffersen, chief of defence, said.

Norway’s armed forces had been following the situation in Ukraine closely for a long time and they have increased their preparedness and vigilance as the situation has developed.

READ ALSO: How Norway could be impacted by Russia’s invasion of Ukraine

One of the measures the armed forces say they have taken is ramping up their protection against cyber attacks.

Krisoffersen urged the Norwegian public to remain calm in light of the situation.

“Norway is a member of NATO, the strongest military alliance in history. Russia has no interest in challenging either Norway or other NATO countries,” the defence chief added.

Viken, Norway’s largest county with around 1.2 million inhabitants and 51 municipalities, has voted to dissolve into the three counties of Akershus, Østfold and Buskerud.

The three historic counties of Akershus, Østfold and Buskerud were formed into Viken by the previous government.

49 members of the country council decided to dissolve while 38 wanted Viken to remain intact.

Cross border trading was around 2.5 billion in 2021, up from the previous year, but massively below pre-pandemic levels, figures from Statistics Norway have revealed.

Most cross border shopping is driven by Norwegians heading to Sweden for cheaper groceries and a more varied selection.

READ ALSO: Is the return of cross-border shopping in Norway really a good thing?

Compared to the record year of 2019 cross border trade was still down 84 percent last year overall.

Majority against ban on electric bikes in Norway’s national parks

Just under two thirds of the public are against a ban on electric bikes in national parks according to a report from the Norwegian Institute of Natural Research (NINA).

The survey found that less than one-fifth were in favour of a ban on electric bikes.

The debate surrounding the use of electric bikes in Norway centers around how much of an effect they have on the terrain and whether they contribute to greater wear than normal bikes.