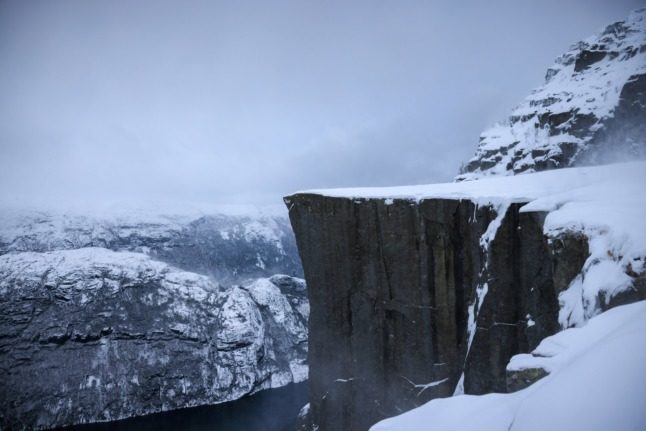 Read about record bicycle thefts, border shopping returning to pre-pandemic levels and Norway's reaction to the situation in Ukraine in today's roundup of important news.

Norwegians are returning to Sweden in their droves for cheaper groceries with the number of cross border shoppers approaching pre-pandemic levels, public broadcaster NRK reports.

READ MORE: Is the return of cross-border shopping in Norway really a good thing?

Last weekend there were 34,000 border crossings registered, around 5,000 less compared to the same weekend in 2019.

People in Norway choose to travel to Sweden to shop due to the lower prices and larger selection available.

Prime Minister Jonas Gahr Støre has said that he thinks Vladimir Putin is fully aware that Russia will face sanctions over the ongoing situation in Ukraine but that this will be unlikely to deter him.

“No, I do not think that it’s as easy as that. It seems Putin has a big project that he has prepared for a long time with the mobilisation of military forces,” he told public broadcaster NRK’s show political quarter.

READ MORE: Norway to back EU sanctions on Russia

The PM, however, emphasised that the sanctions were important to send a message.

This winter has seen a record number of bike thefts in Norway, according to figures obtained by NRK.

This winter, insurance companies have reported record payouts for bike thefts and an unusually high number of thefts of expensive and electric bicycles being stolen.

Oslo and Bergen have seen the highest number of bike thefts in Norway.

The police have said that most stolen bikes are taken out of the country and sold elsewhere on the black market.

Foreign minister: Norway will still try and cooperate with Russia over northern regions

While Norway will join the EU in imposing sanctions against Russia, the country will try and maintain cooperation with the government over the northern regions.

Norway and Russia share a border in what’s referred to as the High North.

Norway has several agreements with Russia, such as a bilateral fishing agreement and one on helping one another search for missing persons in the Barents Sea.

“Our task is to be clear on violations of international law and clear when we describe Russian aggression. But we want to take care of things in the High North,” the foreign minister said.