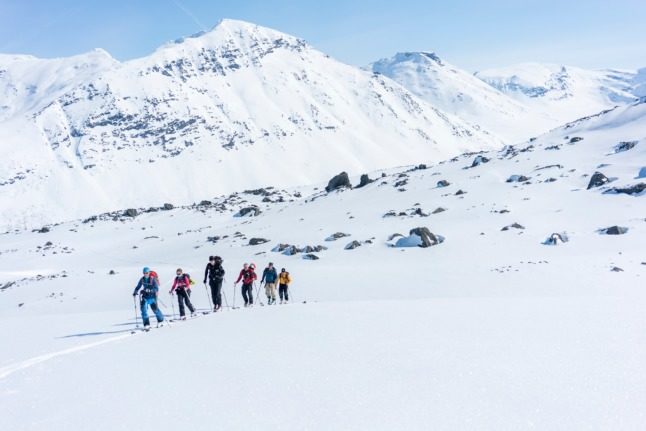 Read about record Covid-19 hospitalisations, the peak of infection being reached in Oslo and Viken and Oslo Municipality wanting to give its residents cheaper energy bills. Pictured are skiers in the Lyngen Alps

Peak of infection in Oslo and Viken may have been reached

The current wave of Covid-19 infections in Norway has peaked in Oslo and Viken and will do so in other parts of the country in the coming weeks, Bjørn Guldvog, director of health at the Norwegian Directorate of Health, told newspaper VG.

“I am cautiously optimistic when it comes to developments in Oslo and Viken. We have received reports from the Norwegian Institute of Public Health (NIPH) that there are many indications that the peak of infection has been reached. The pressure on the health services in Oslo and Viken seems to be less than it was a couple of weeks ago when we look at our own figures,” Guldvog explained.

He said that the other counties in Norway would reach a peak in the coming weeks before infections and hospital admissions begin to decline.

In the fourth quarter of 2021, airline Norwegian delivered a profit before tax of 117 million kroner. The result comes despite the outbreak of the Omicron variant at the back end of last year.

“I am pleased that we are effectively adapting to frequent changes in the market, and that we can report a positive bottom line and an improved cash balance in a quarter that was strongly marked by government-imposed restrictions following the emergence of the new Omicron variant,” Geir Karlsen, CEO of Norwegian, said in a press release.

Oslo Municipality to try and secure cheaper electricity for residents

Oslo Municipality will lobby the finance minister for the ability to give its residents lower power bills.

The municipality is the sole owner of Hafslund Eco, Norway’s second-largest power producer. Executive Mayor of Oslo, Raymond Johansen, wants to use the revenues they get from the firm to offer customers fixed price agreements, meaning billpayers pay a fixed price for their energy.

On Thursday, there were 402 patients in Norwegian hospitals with Covid-19. This is the highest number of Covid patients recorded throughout the pandemic. Of those, only 44 are in intensive care, though.

The Norwegian Directorate of Health said hospitals were well equipped to take on more patients, despite the pandemic high figure for inpatients.

“It is expected that we now get an increase in the number who are admitted to hospital, but fortunately there are still few who are admitted to the intensive care unit and even fewer who need respiratory treatment. The hospitals are well equipped to be able to receive far more patients than they have now, but we naturally follow closely,” Bjørn Goldvog, director of the Norwegian Directorate of Health, told newspaper VG.