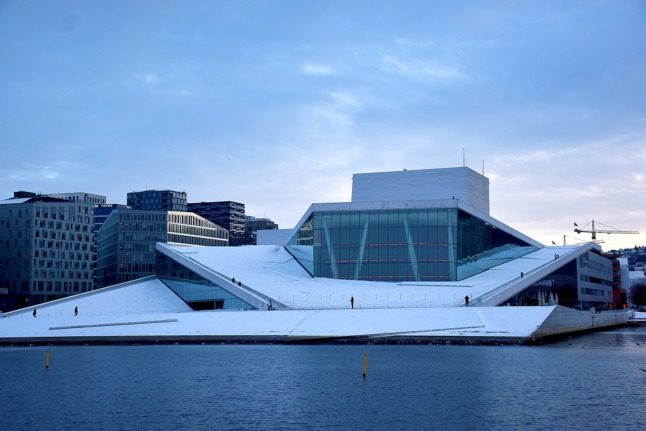 Read about a shortage of Kindergarten teachers, the spread of Covid being likely to increase in the short term and why Norway could face a power deficit by 2027 in today's roundup. Pictured is Oslo Opera House. Photo by Tommaso Curre on Unsplash

Three out of ten kindergartens in Norway have too many children per kindergarten teacher, a survey has found.

“It just means that we must intensify the work to increase the proportion of educators in kindergartens. The municipal economy has been strengthened in this year’s state budget, but we must do more to approach a fulfilment of the requirements,” Tonje Brenna, education minister, told newspaper VG.

Brenna said that the government would adopt a new strategy for kindergartens.

READ MORE: Everything parents in Norway need to know about preschool

Figures for the fourth quarter last year show that the firm achieved an operating profit of 9.3 billion kroner. That is 7.8 billion more than the same quarter a year before.

Last year the firm achieved a profit of 16.1 billion, quadrupling its results from the year before.

Within the next five years, much of Norway’s power surplus will be depleted, public broadcaster NRK reports.

By 2026 southern Norway could even achieve a power deficit, Statnett, the state-owned firm responsible for operating the power grid in Norway, said in a report published late last year.

This, in turn, would lead to higher electricity prices.

A group of 27 consumer, industry and environmental organisations have told NRK that more localised energy production, such as solar panels, and better energy efficiency would ease any potential fears of a power deficit.

The group has asked the government to set aside 1 billion kroner a year for energy-saving measures.

Spread of Covid in Norway continues to increase

Coronavirus continues to spread in much of the country, but the peak has not yet been reached in most areas, the Norwegian Institute of Public Health has said in its latest weekly report on the virus.

The NIPH also said that the lifting of restrictions was likely to intensify the epidemic’s growth.

The NIPH said it expected more patients to be admitted to hospital and a moderate increase of Covid patients being moved to intensive care units.