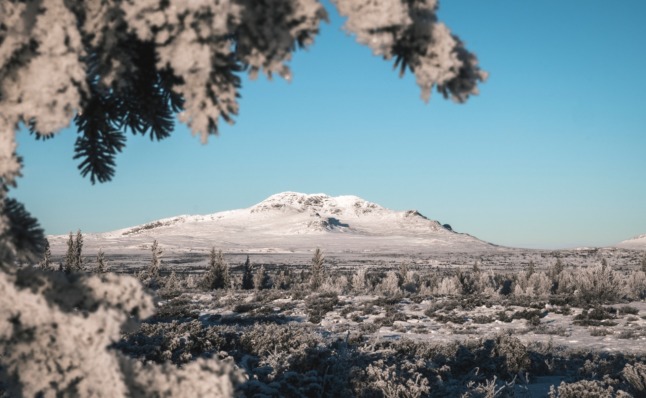 Read about Norway's economy, May 17th celebrations and discarded vaccine doses in today's roundup of important news. Pictured is a mountain in Norway. Photo by Fredrik Solli Wandem on Unsplash

SAS to continue flights to Ukraine

Airline SAS said yesterday it would continue to fly to Ukraine for the time being. The decision comes as several other airlines avoid Ukrainian airspace amid fears of an imminent Russian invasion.

SAS has one service in Ukraine, connecting Kyiv and the Norwegian capital Oslo. That service operated yesterday, and the airline plans for it to depart again next week as scheduled, a spokesperson told news wire Ritzau.

But we are making ongoing assessments of the situation, and the safety of those onboard comes first,” head of media communications with SAS, John Eckhoff, told Ritzau.

Foreign ministries in Norway and Denmark have urged their citizens to leave the country.

Preliminary figures from Statistics Norway show that Gross Domestic Product, or GDP, which is used to measure an economy’s growth, grew by 4.2 percent last year.

The growth last year was driven by a resurgence of economic activity after the recession in 2020.

“At the beginning and end of the year, the infection rates were high, and infection control measures were put in place, but the economic consequences were less extensive in 2021 than in 2020. In April of 2021, the gradual reopening of society began, and activity in the mainland economy grew each month from April to November,” Pål Sletten, head of national accounts at Statistics Norway, said.

The service industry, which is heavily affected by Covid restrictions and travel rules, was the main driver behind significant upturns and downturns throughout the pandemic.

More than 126,000 vaccine doses were thrown out last year

The most common reasons for vaccines being binned were expiration dates being reached, particles in vials, people not showing up for appointments, broken vials and AstraZeneca being dropped.

“The figures presented by TV 2 show that wastage in the Norwegian vaccination program is just under one percent of doses sent out,” assistant director of the NIPH Geir Bukholm told the broadcaster.

The broadcaster obtained the figures by asking the country’s 356 municipalities how many doses they threw out. 302 municipalities responded to the survey.

May 17th committees across Norway are planning normal celebrations

Following two years of disruption, committees are planning normal celebrations for Constitution Day, or May 17th this year.

The day is typically marked by nationwide celebrations, with parades and marching bands commonplace.