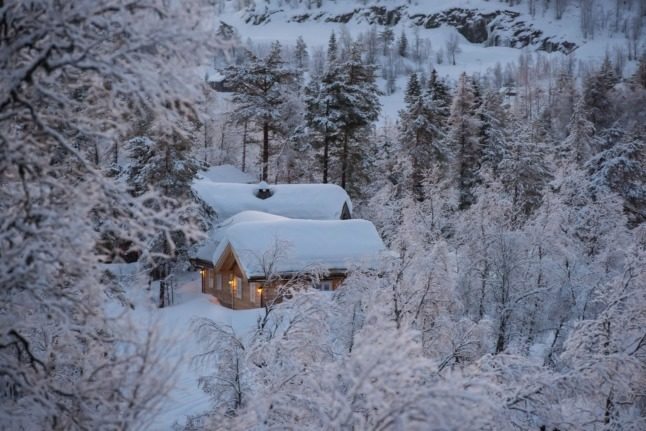 Read about the latest news from Norway in today's roundup of important news. Pictured is a cabin. Photo by Rune Haugseng on Unsplash

The Confederation of Norwegian Enterprise (NHO) has tempered expectations over salary rises in this year’s wage negotiations.

“The wage settlement this year must strengthen the companies. We must keep in mind that many of the increased costs that households have incurred have also affected companies,” Ole Erik Almlid, NHO CEO, told public broadcaster NRK.

Unions and employer organisations are on a collision course for this year’s settlements. This is because unions have argued that sharp wage increases are required to offset the cost of living rises. In contrast, businesses say that rising prices and interest rates also affect their overheads.

A weather warning has been issued for precipitation in southern Norway. Buskerud, Oslo, Akershus, Oppland are expecting up to 25 millimetres of precipitation.

In Finnmark, northern Norway, a warning has been issued for snowdrifts.

On Monday, traffic problems caused by the weather was reported in several areas.

Electricity prices and increased interest rates mean Norwegians are less optimistic about the economy than they have been in previous quarters, finance firm Finans Norge’s expectation barometer for the first quarter revealed.

The barometer measures Norwegian households expectations of their own personal financial situation and the larger economy.

Those on the lowest incomes were the ones to see the most significant increase in concern.

In 2021 the number of reported sexual offences rose by 16.5 percent. The police have said they are particularly concerned about crimes involving children and young people.

In total, 8,006 offences were reported to Norwegian police, compared to 6,874 in 2020, figures from the Norwegian Police Directorate and reported by news agency NTB have revealed.

“The growth we are seeing in this area, the police are concerned. Children and young people are increasingly using social media to share and sell self-produced sexualised material. In recent years, there has been an increase in the number of actors who pay minors for sexualised images,” John-Magnus Løkenflaen from the police directorate said in a statement.

The police also said it saw an increase in the number of rapes reported.

The government has sent a proposal on stricter rules for the use of e-scooters for consultation.

The government is proposing a ban on the use of electric scooters on pavements and the loss of the right to drive when caught using a scooter under the influence.

The goal is for the new rules to come into force in the spring.