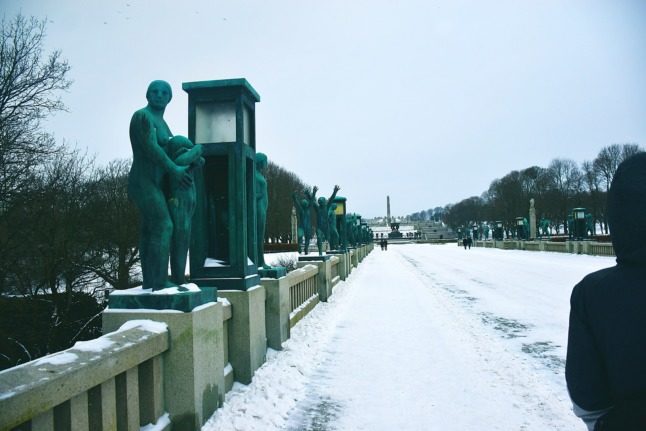 Read about rising household costs, children having their Norwegian citizenship revoked and Norway being at the forefront of mobile fraud and more in today's roundup of important news. Pictured is Vigelandsparken, Oslo. Photo by Tommaso Curre on Unsplash

Household costs could rise by 38 percent by 2024

When taking into account property tax, municipal taxes, energy costs and insurance, housing costs will rise by 38 percent for a family on two incomes and with two children living in a home of 120 square metres.

The rising costs are due to many Norwegian municipalities not carrying out maintenance work on electricity networks and water and sewage networks for several decades.

“There is a large backlog that must now be cleared. This means that these costs (household costs) will grow significantly more than consumer price inflation. Here there will be a real and clear cost increase for most people in most places,” Andreas Benedictow, chief economist at Samfunnsøkonomisk Analyse, told TV2.

Norway is at the forefront of telephone fraud in the Nordics

Norway is much more exposed to telephone fraud than the other Nordic countries, figures reported by NRK have revealed.

Telia blocked around 4 million fraudulent calls in Norway during January, almost twice as many as in Denmark and Sweden.

One scam call on the rise is called “wangiri”,- which means ring and cut in Japanese. This is the act of calling someone and hanging up before they answer and then charging high fees when people call back to follow up on the missed call.

44 Children have had Norwegian citizenship revoked since 2020

The UDI has revoked the citizenship of 44 children in the last two years, according to figures obtained by broadcaster TV2.

As a general rule, children’s Norwegian citizenship will not be provoked due to incorrect information being provided by parents.

Despite this, the UDI has found reason to revoke the citizenship of 44 children.

The Norwegian Organisation for Asylum Seekers (NOAS) has called the figures disturbing.

“These are alarming numbers. We are generally concerned that the children have to pay the price for parents making unwise choices,” Pål Nesse, secretary-general of NOAS, told TV2.

According to TV2, 70 percent of the children deprived of citizenship had lived in Norway for more than five years when the decision was made.

329 patients in hospital with Covid-19

As of Sunday, 329 patients in Norway were in hospital with Covid-19. That is 35 more than the day before. Of these patients, 42 were in intensive care, and 25 were on respirators.