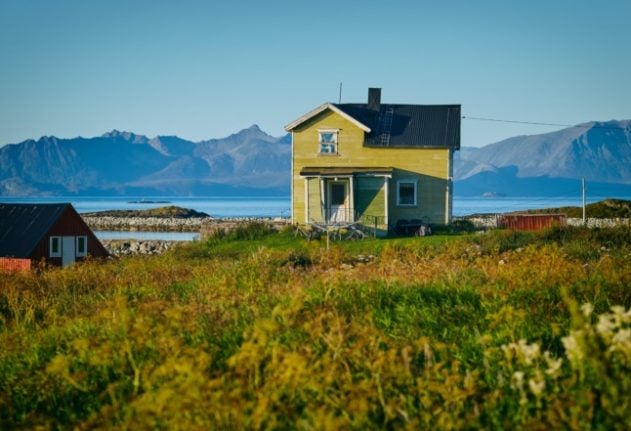 Many dream of a house on the fjord in Norway, pictured above, but what can you get on a tight budget? Photo by Vidar Nordli-Mathisen on Unsplash

At the end of last year, the average price of a home in Norway was just shy of 4 million kroner, or around 400,000 thousand euros, according to Real Estate Norway (Eindom Norge).

However, that is just the average price, and many will be looking to get onto the property ladder for slightly less.

One thing to be wary of at this price point is that quite a few properties may need a fair bit of renovation. If the kitchen and bathroom require a makeover, then bear in mind as this will be expensive as works to these rooms need to be to wet room standard and signed off by the local authorities.

Due to the bidding process, where potential owners bid on a property, sometimes driving up the price significantly, it’s likely the properties priced closer to 3 million will probably cost more than 3 million, rather than less than.

If you are craving the space and privacy of a detached house, then you may be left disappointed.

Luckily though, the number of detached houses available across the country was spread relatively evenly, except for Oslo and Viken County, where finding a dethatched house will be a much harder task.

If you’re looking to settle down in Oslo, then your options are limited. Out of more than 1,500 listings for properties for sale in Oslo, just over 250 were priced for less than 3 million kroner at the time of writing.

Of those 250 plus properties, all were apartments, meaning that if you were looking forward to lots of space, then, unfortunately, you are out of luck.

However, most of those properties have two bedrooms or more, and you will be able to get a balcony on a budget of less than 3 million kroner.

You will have a lot less choice in which part of the city you wish to live with the majority of properties being in Grünerløkka, which is relatively central, or Bjerke, north Oslo.

If you want to live near Oslo but want more bang for your buck, then Asker, Lillesrtøm, Ullensaker, and Ringerike are all options. Space is at less of a premium too in these areas, as well.

You will, however, be priced out of more sought-after areas such as Drøbak and Bærum.

Viken County had the highest number of properties available for under 3 million kroner at the time of writing.

Trøndaleg, central Norway and home to Trondheim, had the second-highest selection of homes on the market if you’re on a budget. If you feel like Trondheim would make a great place to live, you may find it hard to get a place in the city’s centre. However, east Trondheim had many more options available to house hunters.

South of Oslo and Viken County is Vestfold og Telemark, which had the third-highest number of properties available for those looking to get a foot on the property ladder for significantly less than the average house price. In Vestfold og Telemark, there were plenty of options if you are looking for a place in Larvik, Sandjefjord or Skien.

If you are instead more interested in having a place of your own on Norway’s west coast, then you have ample options in both Vestland and Møre og Romsdal. In Møre og Romsdal, plenty of apartments are available in and around Ålesund and Kristiansund.

In Vestland, there were 100 plus homes for sale in Bergen within our imaginary budget, although options were more limited when it came to super central locations.

In Rogaland County, south-west Norway, there were quite a high number of places available. Stavanger had more than 100 homes to choose from at the time of publication.

Over in the southeast and home to Kristiansand, Adger had more than 400 properties available, as did Innlandet, where you can get a place in Lillehammer or Trysil if you are big on skiing.

If you’ve dreamed of living in the Arctic Circle, unfortunately, you won’t be able to get a place on Svalbard. However, Troms og Finnmark and Nordland had homes available at this price point, but the two counties had the lowest number of options available for those on a lower budget. Finding a place in Tromsø, referred to as the ‘Paris of the north’, may also be tricky. 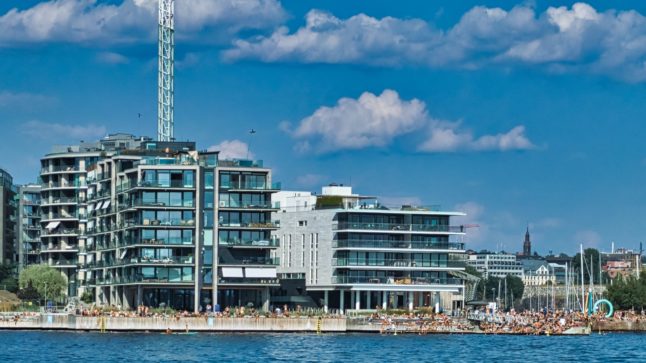 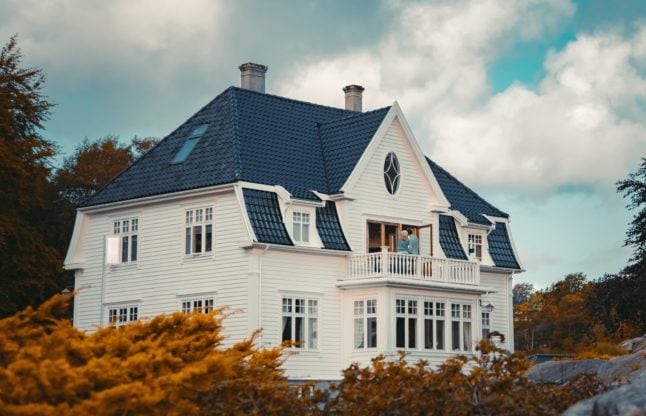 Buying a house is normally stressful enough, whether it’s getting a mortgage in place, going to dozens of viewings or spending hours going through listings.

In Norway, the process is further complicated by the house bidding process, which you will have to go through when buying most properties today.

Additionally, you could make several mistakes that could make the process harder or cost you dearly.

Not having financing in place

Before you can bid on a property, you need to visit the bank to ensure financing for your purchase. If you are taking out a mortgage on the house, you will need to make sure you know the set limit the bank will allow to borrow.

When you make a bid, the estate agent will contact the bank to ensure that you have the financial arrangements. If you do not have enough money or the mortgage your bank agreed on doesn’t cover the cost, your bid will be rebuffed.

Therefore it is crucial to know your financial limits when entering bidding rounds to avoid any disappointments.

Making a bid on a house you aren’t sure about

You should be absolutely sure that you could see yourself living in a property when you bid on it. This is because bids in Norway are legally binding, meaning that even if you put in a speculative bid and it’s accepted, you won’t be able to back out.

This means that you should avoid putting in any offers on homes you aren’t 100 percent sure about.

So while you may be in a rush to get on the property ladder or take a step up, patience will prevail over diving in headfirst.

Forgetting to do proper research

The devil is always in the detail, and as dull as it may be, you should always read the small print to avoid any nasty shocks.

This is especially important when buying apartments in Oslo and other cities where you will likely encounter housing associations where residents will be expected to pay various fees or contribute to the upkeep of the block.

“For instance, if they are planning to replace the roof of the block the next year, you will read about it in the sales documents. It is important to consider whether you can afford a property also after potential add-ons,” Trine Dahl-Pettersen, real estate agent at Eindom 1, explained to The Local.

Reading the small print isn’t the only place where research pays off. For example, one reader who has bought a house in Norway pointed out that finding a place that needs a little bit of work can help you avoid intense bidding wars, and locals tend to want a ready-made home to move into.

“Finding a property that won’t go sky high over the asking price when bidding can be challenging. However, I quickly noticed that Norwegians are not afraid to bid high for a ready-to-go home,” Scott told The Local of his experiences buying in Bergen.

“If you are comfortable doing some work on it, you can find a much better deal, maybe even under the asking price,” he added.

Therefore, market research can help prevent you from paying over the odds.

Making more than one bid at a time

Unfortunately, putting plenty of bids out and seeing which offers stick could be a lot more disastrous than you may think.

As mentioned earlier, bids in Norway are legally binding. Meaning that if you have two bids accepted at the same time, you will be legally obligated to purchase both of them.

Despite the bidding process being done over the phone, there are still some hoops to jump through.

You’ll need to have a Norwegian Bank ID available for the bidding process, as it is needed to confirm your identity when sending your bids.

Without this, you won’t be able to lodge any offers.

In addition to bank ID, you will need a Norwegian identification number (D-number/Personnummer) to hand. 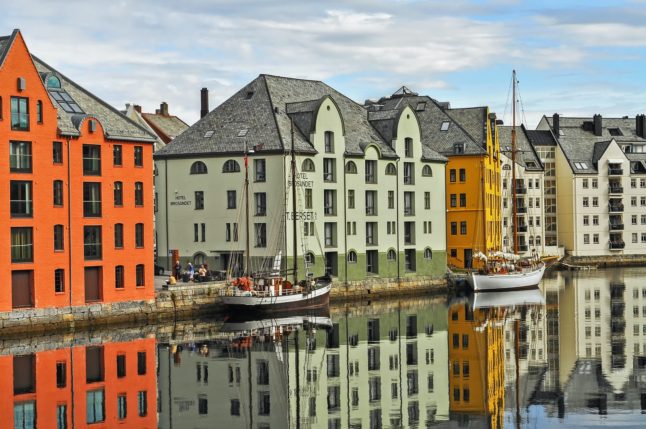 PROPERTY
Where are Norway’s cheapest homes, and what can you get for your money? 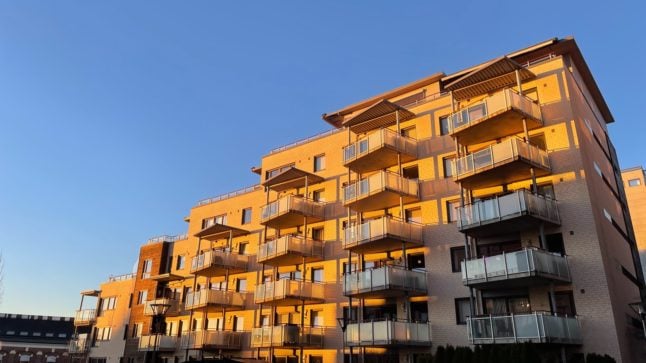 PROPERTY
Six key tips to survive the bidding war when buying a house in Norway
Url copied to clipboard!