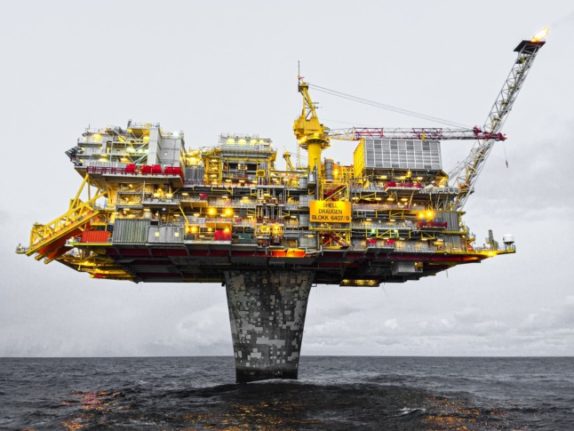 Read about record revenues for Equinor, which industries could give Norway a boost when oil revenues decline, record Covid-19 numbers and train delays in our roundup of daily news. Pictured is an oil rig. Photo by Jan-Rune Smenes Reite from Pexels

Ruud dominated the men’s field from the opening round, earning a near-perfect score with his first jump. By his third jump, he had built up such a commanding lead that he chose to hold the Norwegian flag throughout this round.

The win will have come as little shock as Burk topped qualifying.

For the second quarter in a row, oil giant Equinor posted record high pre-tax profits. The company had an operating profit before tax of 132 billion kroner.

The company have benefitted from rising oil and gas prices, with oil prices at their highest since 2014.

“This is a very strong result, and it is due to the good, solid operation we have had. We have had safe and efficient operations throughout the quarter. Here, all the platforms have produced with very high production efficiency,” Equinor CEO Anders Opedal told public broadcaster NRK.

Parts of the Bergen line closed

Heavy snowfall and poor weather have meant that the Bergen railway line is closed between Geilo and Hallingskied.

Vy has said that delays and cancellations are to be expected due to the difficult weather conditions. Bane Nor, the state-owned company responsible for operating the country’s rail network, has said it would provide an update at 10am.

The Norway Tomorrow report from management and consultant firm McKinsey has identified ten industries that could provide up to 200,000 jobs in total once the country’s oil industry begins to decline.

However, the report said that these industries can only flourish if the country makes rapid investments in them now.

“But it can only happen if Norway presses on the gas now. These are ten industries that we see that other countries are investing heavily in,” Frithjof Norman Lund from McKinsey told public broadcaster NRK.

On Tuesday, 26,109 new Covid-19 cases were registered in Norway. This is a new daily infection record and comes despite a change to how infections are recorded, which results in fewer cases being reported.

As of Tuesday, there were 317 patients in hospital with Covid-19. This is an increase of three patients compared to the day before. 45 of those patients were in intensive care.